In the past 24 hours, 13 civilians, 18 pro-Russian separatists, and four Ukrainian soldiers were killed. 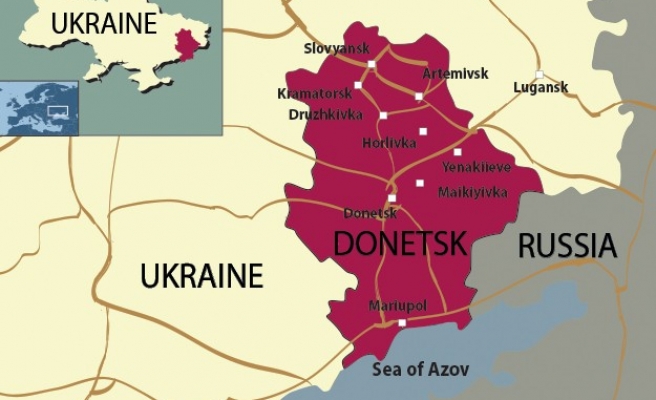 At least 35 people have been killed in ongoing clashes between Ukrainian troops and pro-Russian separatists in the past 24 hours, officials said Wednesday.

The National Security and Defense Council of Ukraine released a statement indicating 13 civilians, 18 pro-Russian separatists, and four Ukrainian soldiers had died in the fighting.

The statement added that at least 42 attacks had been carried out in the towns of Debaltseve, Troitskoe, Redkodub, Sanzharovka, Chernukhina, Zolotoe and Novogrigorovka in eastern Ukraine by separatists in the past 24 hours.

Twenty-five Ukrainian soldiers were wounded as were 55 pro-Russian separatists in the clashes, according the Ukrainian Defense Council.

Separately, nine people were killed and five others were wounded by stray bullets fired from heavy weapons in two different pro-Russian rebel hospitals in Donetsk. Separatists blamed the Ukrainian army for the attacks.

Four to 10 people were killed in what the statement described as "a terrorist attack" by pro-Russian rebels.

According to the UN high commissioner for human rights, more than 5,300 people have been killed and 12,200 others injured in eastern Ukraine since mid-April last year in the ongoing conflict between the Ukrainian army and pro-Russian separatists,

Sevchenko, who is on a 54-day hunger strike, contends she was illegally transferred to Russia last July after being captured by pro-Russian separatists in eastern Ukraine.

“We call on Russia to release Nadia Sevchenko and all other Ukrainian hostages immediately, a commitment Russia made when it signed the Minsk agreement in September of last year,” said State Department spokeswoman Jean Psaki.

“Nadia has been forced to undergo psychiatric evaluations, solitary confinement, restricted access to a Ukrainian consular official, and isolation from her family,” Psaki added.

Sevchenko also represents Ukraine’s parliament in the Parliamentary Assembly of the Council of Europe, or PACE, and was not able to attend its December opening session due to her imprisonment.