Painful talks between Ukraine, IMF and US lasting for five months end with a restructuring agreement reached 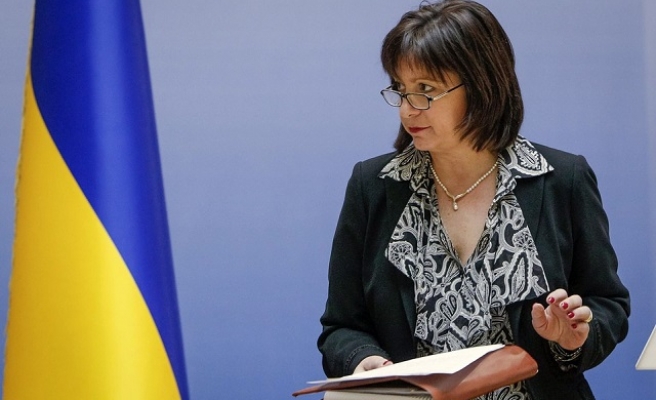 Ukraine said Thursday it had reach a crucial debt restructuring agreement that will see lenders accept a 20-percent principal write-down and keep global markets open to the cash-strapped ex-Soviet state.

"The deal agrees a 20 percent haircut on Ukraine's stock of sovereign and sovereign guaranteed debt, having immediate debt relief totalling approximately $3.6 billion," the finance ministry said in a statement.

The announcement marks a monumental victory for Ukrainian Finance Minister Natalie Jaresko -- a U.S.-born financial expert whom President Petro Poroshenko plucked from a Kyiv investment firm in December and tasked with saving the war-torn country from hurtling into default.

Franklin Templeton and three other financial titans that own nearly half of the $19 billion (16.8 billion euros) in commercial debt under discussion had argued that the country was in strong enough shape to repay what it owed in full.

"I think it's a historic success for Ukraine, I think for emerging markets generally," Jaresko said in an interview shortly before the formal announcement was made at a televised government meeting.

The painful talks last for five months and saw the International Monetary Fund and the United Sates put immense pressure on the bondholders to accept short-term losses in return for preventing Ukraine's pro-Western leaders from being forced into resuming their reliance on Russia.

"Why is (the deal) important? Ukraine like any family can only borrow so much. And then at some point those people, organisations that lend you money, don't want to lend anymore, because you are not creditworthy," Jaresko said in the English-language interview.

Ukrainian Prime Minister Arseniy Yatsenyuk said Thursday that the crucial debt deal struck between Kiev and its private creditors had delivered a blow to "enemy" Russia.

"The default that our enemy was awaiting did not happen," Yatsenyuk told a government meeting after Ukraine's biggest commercial lenders agree to a 20-percent write-down on the face value of their debt.