"I appeal to the president of the Russian Federation, Vladimir Putin, to provide assistance in ensuring peace and tranquillity on the territory of the Autonomous Republic of Crimea," Sergiy Aksyonov said in a statement. 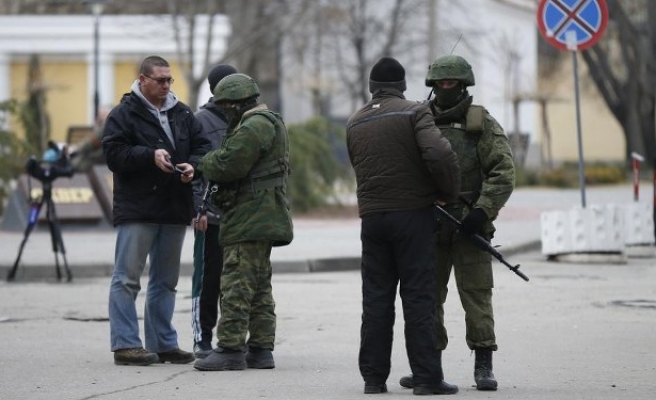 The new pro-Russian leader of Ukraine's autonomous Crimea province, Sergiy Aksyonov, has called on Russian president Vladimir Putin for help, as his new government faces pressure from Ukraine's central government in Kiev over proposed local referendum plans to decide the fate of the peninsula.

"I appeal to the president of the Russian Federation, Vladimir Putin, to provide assistance in ensuring peace and tranquillity on the territory of the Autonomous Republic of Crimea," Aksyonov said in a statement.

The Russian government in Moscow, which has been accused of sending 6,000 soldiers to occupy Crimea, replied to Aksyonov's request, saying that it would not go unnoticed.

Aksyonov was ushered in as Crimea's new prime minister in an emergency local parliament meeting this week, after former Ukrainian pro-Russian president Viktor Yanukovich's government in Kiev collapsed under the pressure of pro-EU protesters, which started in November.

Aksyonov also called on commanders to only obey his orders on a temporary basis, and to resign if they refuse to do so. According tı Russian news agency, Ria Novosti, Aksyonov brought forward the vote to March 30 from the planned date of May 25.

Ukraine's acting president Olexander Turchynov signed a decree on Saturday declaring the appointment of Aksyonov as the premier in the Crimea region illegal. The presidential decree said the decision had violated the Ukrainian constitution. It gave no details.

Crimea, which hosts a Russian fleet at the Black Sea coastal city of Sevastopol, is also home to a population of ethnic Russians who settled there during the Soviet era. However, Crimea is also home to native Muslim Tatars, who became a minority in their own land after former Soviet dictator Josef Stalin forced many of them out in 1944.

The Mejlis (parliament) of Crimean Tatar people refused the accept the legitimacy of Aksyonov's new administration, which they say came to power under the threat of gunmen who had taken over the parliament and had not consulted the Crimean Tatar people, who make up around 13% of the population.

Mejlis head Refat Chubarov said “Some deputies have already made their cynical promises, trying to stuff new government,” adding that the Mejlis is not negotiating with the new government of Crimea.

Crimean Tatars have demonstrated in favor of a unite Ukraine, which is led by interim president Olexander Turchynov, who has accused Russia of attempting to provoke Ukraine by sending unmarked troops to occupy the peninsula - an accusation Russia denies, claiming that they are local militias acting on their own initiative.