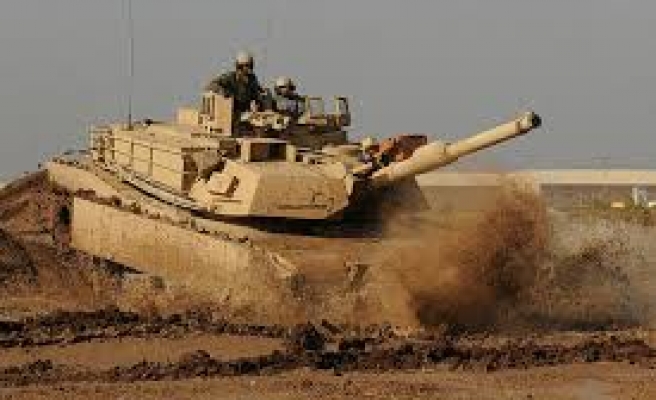 Germany is considering buying more tanks in the light of the Ukraine crisis and Europe's deteriorating relations with Russia, after years of drastic cuts left the military operating with just 75 percent of the heavy equipment it needs.

At the height of the Cold War in the 1980s, the then West Germany had more than 3,500 tanks. Today it has 225. Senior Western officials accused Russia last week of redrawing the map of Europe by force, and posing a threat to the Baltic states.

"Land defence and defence of our alliance has always been an important duty for the German military and over the last year this has only gained in importance," said Jens Flossdorf, a spokesman for German Defence Minister Ursula von der Leyen.

"NATO has set new goals on flexibility and rapid reaction time. That is why we are examining what appropriate modernisations and revisions we can make to boost existing structures," he added.

Internally there is deep scorn for the German military's so-called "dynamic availability management" - which in practice means soldiers having to share tanks and heavy equipment across different units. The military has also been hit by procurement gaffes and equipment faults.

Lawmakers on both sides of Germany's right-left coalition have called for Germany to properly restock its military.

Germany should increase its number of Leopard 2 tanks to 300 and reverse the cancellation of an order for 50 Puma tanks, he said. The Leopard is made by Krauss-Maffei Wegmann (KMW) and the Puma by Rheinmetall and KMW.

Any restocking would be particularly welcomed by Germany's arms industry, which has seen sales squeezed by European defence budget cuts and tighter restrictions on arms exports.

Western security officials are considering a potential crisis scenario where the Baltic states' large Russian minority stage a Moscow-backed uprising, as in eastern Ukraine. This would oblige NATO to secure its 2,000 kilometre eastern border through the Baltic states and Poland.

Germany would need to play a key role, for which its 225 tanks would not suffice, a high-ranking German officer said.

Britain's Defence Secretary Michael Fallon has described Russian President Vladimir Putin as a "real and present danger" to Estonia, Latvia and Lithuania and said NATO is getting ready to repel any aggression.