The far right party has left the coalition with the party leader Oleg Lyashko criticizing the Ukrainian leadership saying that granting regional powers was a conspiracy. 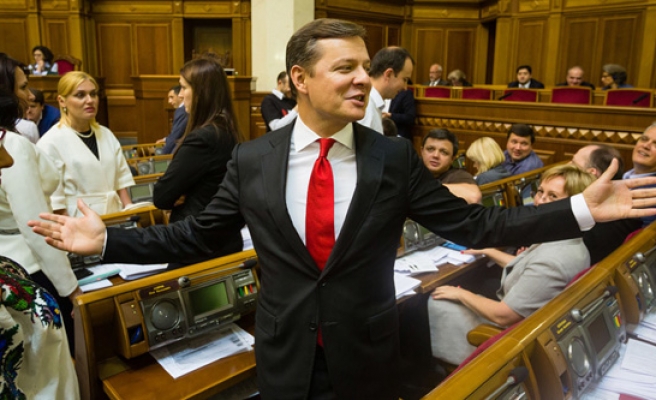 The far right Radical Party of Oleg Lyashko has left the ruling coalition in the Ukrainian parliament after a vote on constitutional amendments aimed at decentralizing the country took place, having been required by the Minsk agreements according to a report in RT.

“We do not see the possibility of staying in the coalition. We are joining the opposition,” Oleg Lyashko, leader of the party which has 21 of 450 seats in the Parliament, said on Tuesday as cited by TASS news agency.

Lyashko also strongly criticized president Poroshenko saying that he was not any betters not better than the previous president Yanukovich, who was ousted in a coup in February 2014.

From Lyashko’s point of view the granting of more powers to the regions is the result of a “conspiracy between the former Party of Regions and oligarchs” who have built an “anti-Ukrainian coalition”.

Lyashko also said that there must be a nationwide referendum to decide if eastern Ukrainian regions should be granted a special status, and called for a thorough investigation of the clashes which took place near the Ukrainian parliament on Monday.

Lyashko's decision to leave the coalition has led to the resignation of Ukraine's vice prime minister, Valeriy Voshchevskiy, who is a member of the Radical Party.

“Leaving the coalition is the Radical Party's joint decision, reached unanimously. Everyone agreed with this decision, and, as a result, the Radical Party cannot be represented in the government. This means for me personally that I resign,” said Voshchevskiy, TASS news agency reported.