The statement issued by presidency includes truce and immediate negotiations with the opposition to end the bloodshed. 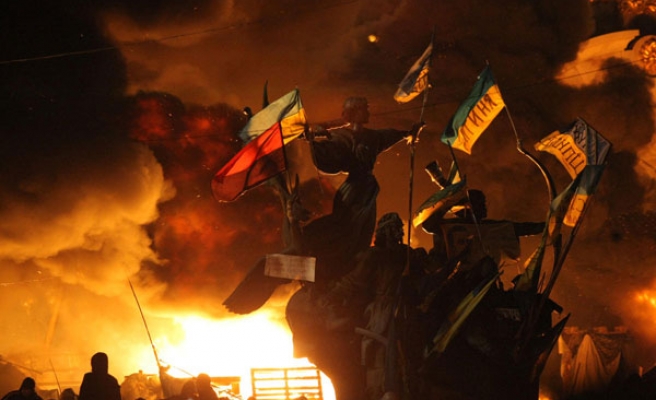 Ukraine's President, Viktor Yanukovych has announced a truce with the opposition, according to a statement issued by the President's office on Wednesday.

The statement said that the negotiations would be launched to 'end the bloodshed' and to 'stabilize the situation', which has been divıding the capital Kiev for three months.

The statement comes hours after the US, Germany and France threatened to impose sanctions on the country if the violence continued.

At least 26 people, including 12 police officers and one journalist, are reported dead following clashes between security forces and opposition groups over the last two days in Kiev.

The Ukraine's government started to blockade the statehouse on Wednesday with concrete blocks, according to a pro-opposition MP.

The MP from western city Lviv, Taras Stetskive said that this showed the mistrust of the government towards security forces, in his speech at the Independence Square in the heart of the protests.

The clashes between the protestors and police continue whilst the barricades surrounding the square are being strengthened.

Earlier, Ukraine's President, Viktor Yanukovych removed the Chief of General Staff, Vladimir Zaman from his post and assigned him as deputy secretary to the National Security and Defense Council.

Ukraine's President, Viktor Yanukovych has declared Thursday February 20 a day of mourning for those killed and injured in clashes between protesters and security forces this week.

Deputy head of the Security Service of Ukraine (SBU), Volodymyr Porotko said that 268 guns, two rifles, three automatic rifles, 92 hand grenades and 15,000 bullets were found during a raid in the western city of Ivano-Frankivsk.

The weapons captured belong to a group of activists, he added.

Porotko said that the raid was to seize any weapons that could be used in acts of terror. Porotko said that the SBU feel it is necessary to launch anti-terror operations in order to take advanced security measures, with a view to maintaining public order and territorial integrity.

Arseniy Yatsenyuk, leader of opposition party Batkivshchyna, said that they pulled away so as to prevent further loss of lives, but they would not leave the Independence Square, where the protestors are camped.