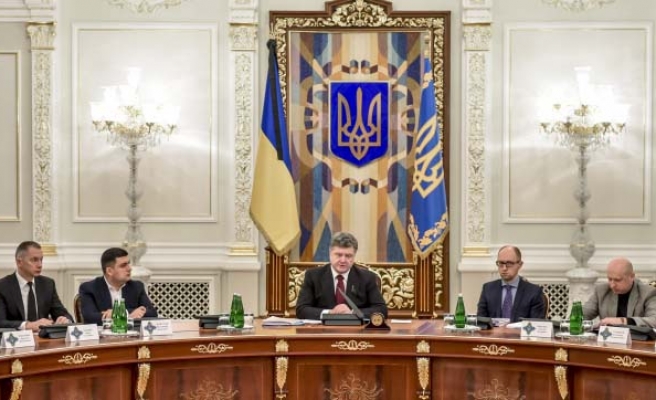 Ukrainian President Petro Poroshenko on Wednesday expanded a list of sanctions against Russian companies and individuals held responsible for the ex-Soviet state's eastern uprising and for Moscow's annexation of Crimea.

Poroshenko's spokesman said that the president had signed a law enacting targeted measures against some 400 officials and 90 companies.

The blacklist, however, also contained the names of Western journalists, including three Moscow-based employees of the BBC, a correspondent for the German newspaper Zeit and a Spanish reporter.

Poroshenko's latest decision was announced just hours after rebels in the separatist province of Donetsk formally decided to conduct regional elections on October 18.

The neighbouring rebel region of Lugansk intends to hold its own vote on November 1.

The two dates conflict with Ukraine's plans for government-held regions to choose local representatives on October 25.

Poroshenko has denounced the insurgents' move as illegal and detrimental to a shaky truce the warring sides signed up to in February.

"I want to stress the great danger posed by the decision to hold fake elections on October 18 and November 1," Poroshenko's website quoted the president as telling a visiting delegation of the European Union's Political and Security Committee.

Russia views Ukraine's 17-month crisis as a "civil war" in which it has played no role. The United Nations estimates that nearly 8,000 people -- most of them civilians -- have died in Europe's bloodiest conflict since the Balkans crises of the 1990s.