Parliament speaker Volodymyr Lytvyn refused to sign the bill, a step needed before Yanukovich could sign it into law. 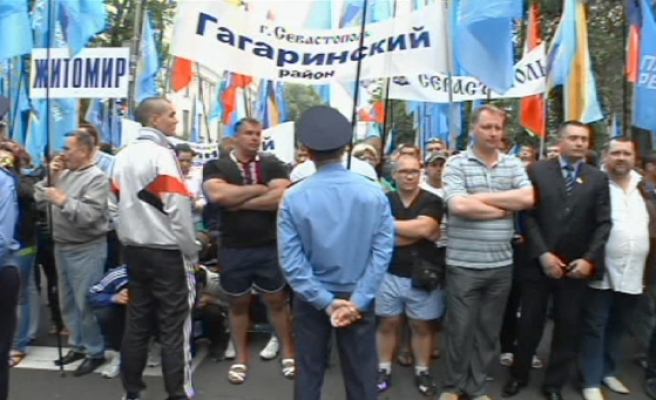 Ukraine's parliament will reconvene for an extra session on Monday, the chamber said, in a move which could lead to a contentious bill to make Russian the official languagein parts of the former Soviet republic being signed into law.

President Viktor Yanukovich's Party of the Regions rushed the bill through parliament this month using a procedural trick, in what opponents saw as an attempt to rally public support in Russian-speaking regions ahead of an October parliamentary election.

But the move backfired as hundreds of protesters poured on to the streets of Kiev and clashed with riot police.

Parliament speaker Volodymyr Lytvyn refused to sign the bill, a step needed before Yanukovich could sign it into law. The chamber then went into recess until September.

At the extra session, announced late on Thursday, the Party of the Regions will have another opportunity to get Lytvyn to sign the bill, or parliament - dominated by Yanukovich's party and their allies - could elect a new speaker.

Yanukovich has not said whether he would sign the bill into law.

While Ukrainian is the only state language, the bill would make Russian an official regional languagein predominantly Russian-speaking areas in the industrialised east and southern regions such as Crimea where Russia's Black Sea fleet is based.

In Ivano-Frankivsk, demonstrators tried to put a sign reading "Office of the traitors of Ukraine's interests" next to the local Party of the Regions office, but were stopped by party officials, Interfax news agency said.

Activists, who say the bill is a ploy to win back voters in areas alienated by the cash-strapped government's economic policies, have threatened to stage further protests if it becomes law.

Knut Vollebaek, the head of minorities' rights at the Organization for Security and Cooperation inEurope, urged Ukraine this week to seek compromise on the issue rather than pass the bill in its current form.