Yatseniuk said Russian special forces were operating in eastern Ukraine to undermine a presidential election due on May 25 and called on Moscow to pull them out. 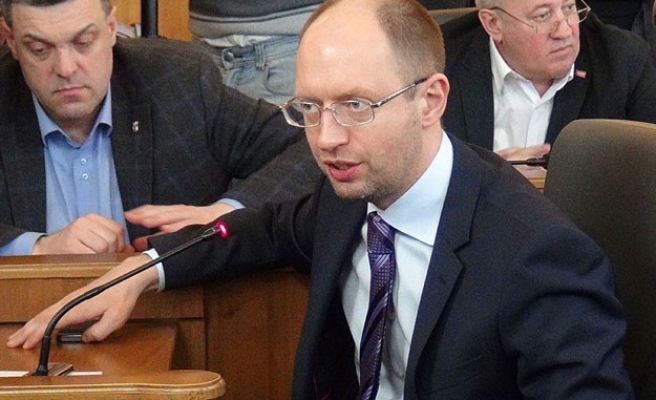 Ukrainian Prime Minister Arseny Yatseniuk said on Tuesday that Russian special forces were operating in eastern Ukraine to undermine a presidential election due on May 25 and he called on Moscow to pull them out.

"Everything that is now happening in the east and which Russia is supporting is aimed at wrecking the presidential election," Yatseniuk said.

"We demand that our Russian neighbours immediately recall their special forces, which are in the east, recall the army from Crimea and turn this shameful page in which Ukrainian territory has been seized by Russian troops."

Thanking the United States for its support, following offers of aid during Biden's visit that is intended to help ensure a viable election and to fight what Biden called the "cancer" of endemic corruption in Ukraine, Yatseniuk said: "The Ukrainian government understands that money is only given to those countries which are truly fighting corruption.

"One of the key tasks of my government and the new president will be the struggle, and victory over corruption."

He also said he would welcome "the widest possible" cooperation with U.S. and EU companies in the energy sector, which would help Ukraine reduce its dependence on Russian gas.