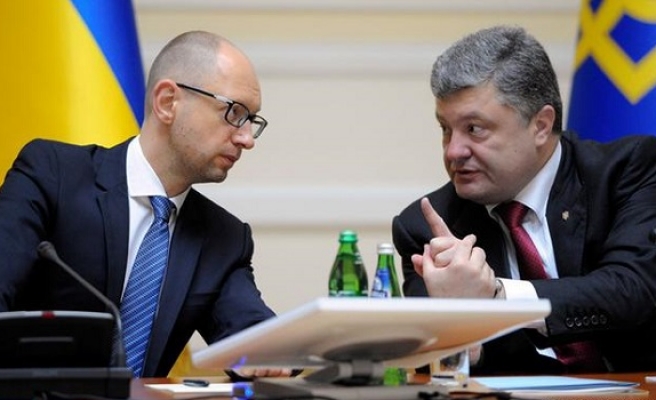 "In order to restore trust in the government, the president asked the prosecutor general and the prime minister to quit," presidential spokesman Svyatoslav Tsegolko tweeted.

"Today I've had a deep conversation with Prosecutor General and offered him to write a resignation letter," Poroshenko said in a statement on his official website.

Ukrainian president hailed Shokin's role in implementing significant reforms, but said he "failed to gain trust of the society", that is why Prosecutor General's resignation is on the agenda.

At the same time, Poroshenko expressed belief that the government should be reshuffled as well.

"Now it is obvious there is a request for a complete reboot of the Cabinet. So far, the prime minister has a choice, which way is best to give space for the implementation of this request. An option of partial renewal of the Cabinet is no longer available. A complete reformat the Cabinet of Ministers should be based on the current coalition," Poroshenko said.