Ukrainian President Yanukovich called for the constitution to be reformed to strengthen his powers. 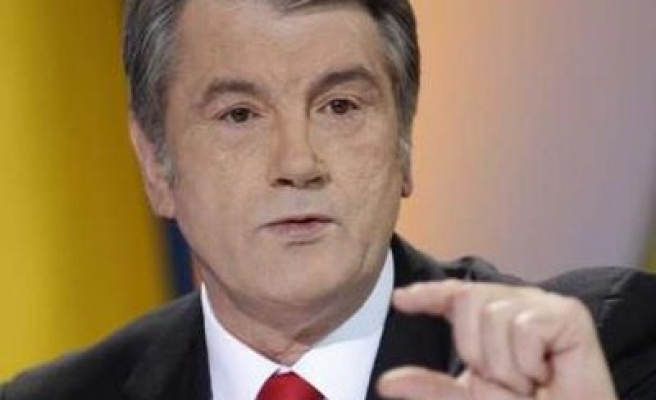 Ukrainian President Viktor Yanukovich called on Tuesday for the constitution to be reformed to strengthen his powers and enable him to push through painful and unpopular economic reforms.

"I see a renewed Ukraine as a state with a stable political system and I am ready to propose a formula for this to society," he told a gathering of dignitaries in Kiev.

"It means a strong president who has real powers to coordinate and control the implementation of key reform issues and the country's strategic course," Yanukovich said.

"In order to achieve this, we need to reform the constitution thoroughly."

The political opposition around Tymoshenko seems certain to label his call for greater executive powers as a move towards Russia-style authoritarianism, despite Yanukovich's pledges to keep Ukraine on a democratic path.

Opponents say there are already signs of pressure on media to toe the official line, though Yanukovich said on Tuesday he would strenuously protect the rights of the free press.

The curbs, promoted by Yanukovich's supporters at the time, limited Yushchenko's effectiveness as president and set up confrontation with parliament and Tymoshenko, his prime minister.

The wrangling paralysed decision-making and ultimately contributed to his downfall in an election earlier this year.

Yanukovich supporters now say his hand should be strengthened so he can push through unpopular reforms such as raising household gas prices and slimming down the bloated pension system.

Many of the reforms have been undertaken under pressure from the International Monetary Fund, which has extended a new $15 billion stand-by arrangement to Ukraine to help stabilise its economy, battered by the global crisis.

If the 2004 curbs were lifted, Yanukovich would effectively rule in a presidential system similar to that of many other former Soviet states, including Russia, with the right to name government ministers.

A first move to revise the constitution through a referendum failed last month after several parties including the Communists and the Lytvyn bloc, which are both part of the pro-Yanukovich coalition, refused to support it.

The parliament agreed then to revisit the proposal in September.

Since taking office, Yanukovich has tilted foreign policy sharply back towards Russia, on which Ukraine relies heavily for supplies of natural gas.

He has expanded economic ties and renewed the lease of Russia's Black Sea fleet on the Ukrainian port of Sevastopol, allowing the Russian navy to stay there until 2042.

But Yanukovich insisted on Tuesday that taking Ukraine into the European mainstream was still the focus of his foreign policy.