In the areas retaken by the Ukrainian armed forces, life is slowly returning to normal. 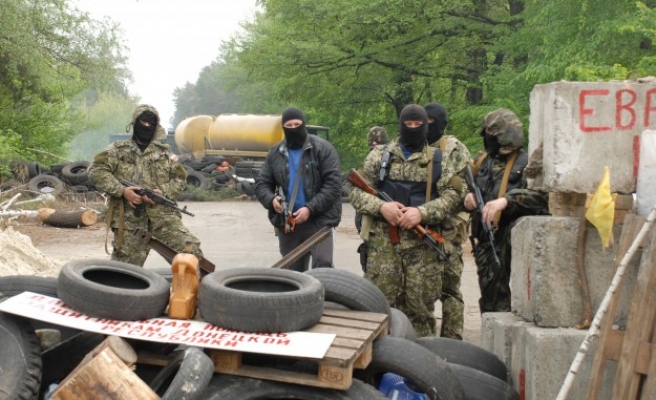 The Ukrainian government is trying to return life to normal for the people living in the towns and cities it has taken from separatist forces in the past week.

Government forces have been removing rebel checkpoints and barricades while maintaining a high level of security should separatists attempt to infiltrate the regained neighborhoods.

Fresh checkpoints, manned by Ukrainian soldiers backed by armored vehicles, have emerged on the main arteries into places such as Sloviansk, Kramatorsk, Mykolaiv, Druzhkivka, Konstantinovka and Artemivsk

But the traces of war are everywhere and are a stark reminder of the recent violence. Many civilians were killed in the clashes and lots of homes destroyed. A large number who fled the towns are now returning to find their homes in ruins.

The main problem facing these populations is the shortage of food.

Nearly all the shops and markets were looted by rebel fighters before they left so the army is distributing supplies to residents.

Electricians are also hard at work to reconnect power and bomb disposal specialists work to defuse booby traps left behind by separatists.

But as people return to the areas reclaimed by government forces, in other parts of Ukraine the fighting continues and a steady stream of civilians are leaving their homes to avoid it, particularly around Donetsk, Strelkov, Karlovka and Luhansk.

This week Russia called on Ukraine to declare an immediate ceasefire and begin talks with the separatists in a bid to prevent a fresh wave of violence.

The conflict flared after pro-Russia separatists in the eastern provinces of Luhansk and Donetsk declared their intention to break away from Kiev in March.