There has been continued shelling from both government forces and the rebels, even after a peace deal signed on Sept. 5. 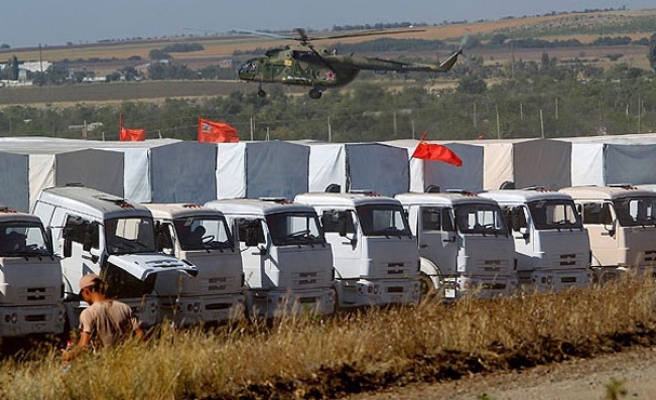 The Ukrainian military accused Russian special forces on Monday of taking part in attacks on the strategically important Donetsk airport in eastern Ukraine, where fighting has intensified in recent days despite a September ceasefire deal.

Kiev also accused Russia of smuggling ammunition for heavy artillery into the area to step up the assault.

Ukraine has repeatedly accused Russia of sending troops and military equipment to support rebels in the east, where pro-Russian separatism erupted in April. The Kremlin denies it is involved in the conflict, which has killed over 4,300 people.

Ukrainian military spokesman Andriy Lysenko said there had been particularly fierce fighting at the airport of the separatist stronghold of Donetsk over the weekend and said Russian troops were involved.

"These are Russian special forces. It's already the third day that they've been trying to do something," he told Reuters by telephone.

There has been continued shelling from both sides, even after a peace deal signed by Ukraine, Russia and separatist leaders on Sept. 5 under the auspices of the Organization for Security and Cooperation in Europe.

Lysenko said three Ukrainian servicemen had been killed in the past 24 hours in intensified artillery strikes from the rebels that he linked to the arrival of another large aid convoy from Russia on Sunday.

"The new humanitarian convoy arrived and the terrorists received ammunition for heavy artillery ... therefore they are able to increase the intensity (of attacks)," he said.

Months of fighting in Ukraine's separatist regions have left many without sufficient food and medical supplies. Russia has regularly dispatched shipments of aid, a move which the pro-Western Kiev government has denounced as a cynical operation to ship military equipment to separatists.