Washington and Brussels say the polls in the Donetsk and Lugansk "People's Republics" in Ukraine's industrial east will further hamper efforts to end a conflict that has killed more than 10,000 people since 2014. 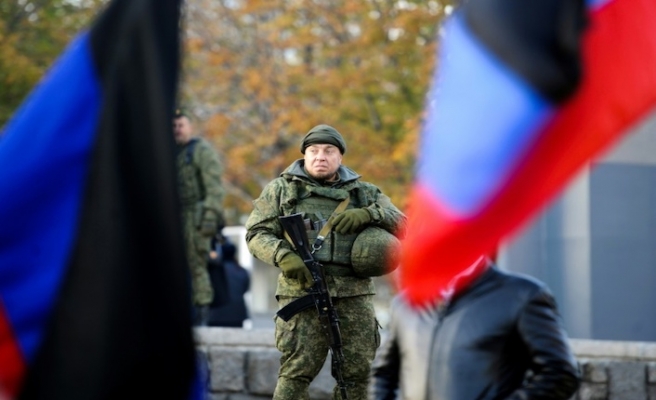 Polling stations opened in rebel-held areas of eastern Ukraine on Sunday as Kremlin-backed separatists choose their new leaders despite Western calls on Moscow not to sabotage peace talks.

EU foreign policy chief Federica Mogherini said on Saturday the bloc considered the polls "illegal and illegitimate and will not recognise them."

"These particular elections are a mockery," added the US special envoy to Ukraine, Kurt Volker.

"It is something that we call on Russia to halt and not go forward with," he said last week, adding the vote contradicted Western-brokered peace agreements.

The Kremlin has rejected the appeals, saying the vote has "nothing to do" with the accords.

Moscow says the elections are necessary to fill the power vacuum after the leader of the Donetsk republic Alexander Zakharchenko was killed in a bombing at a Donetsk café in August.

"People simply need to live, get on with their lives and ensure order in the region under a blockade and permanent threats of the use of force by Ukrainian authorities," said Russian foreign ministry spokeswoman Maria Zakharova.

In 2014, Russia annexed Crimea and supported the outbreak of an insurgency in eastern Ukraine in what Kiev sees as punishment for its pivot to the West.

While heavy fighting is over, the simmering conflict regularly claims the lives of soldiers and civilians. But negotiations are deadlocked and Western-backed peace accords agreed in 2015 are largely moribund.