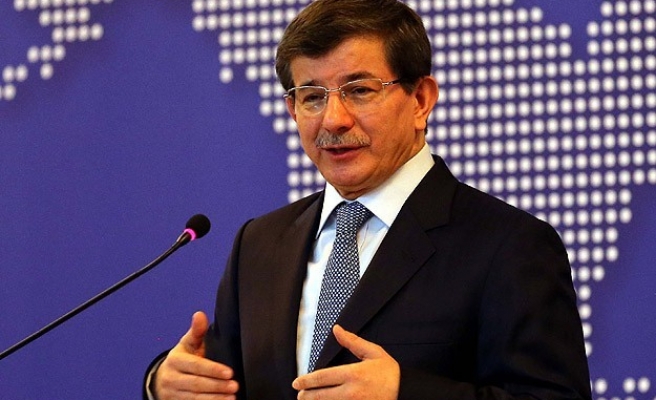 "Exclusion of any ethnic or political side may cause further unrest in the country and pose a threat throughout the Black Sea basin," Ahmet Davutoglu stated at a joint press conference with Turkmenistan's Foreign Minister Rasit Meredow, emphasizing the need for an all-inclusive political structure in Kiev.

He reiterated Turkey's concerns over the latest developments in Crimea, where the Russian-majority parliament voted Thursday to secede from Ukraine to join Russia and to hold a referendum on March 16 on the matter.

Davutoglu stressed that the peninsula should remain an autonomous republic in Ukraine with peace among all ethnicities, including the Turkic community of Crimean Tatars - whom he applauded for their restraint amid the regional authority's latest pro-Russian moves.

He urged Crimean authorities to avoid actions that could escalate the tension, which had not yet triggered a violent conflict.

The referendum scheduled for March 16 in Crimea has been condemned as "illegal" by both the United States and the European Union, with the latter announcing it would suspend visa talks with Russia.