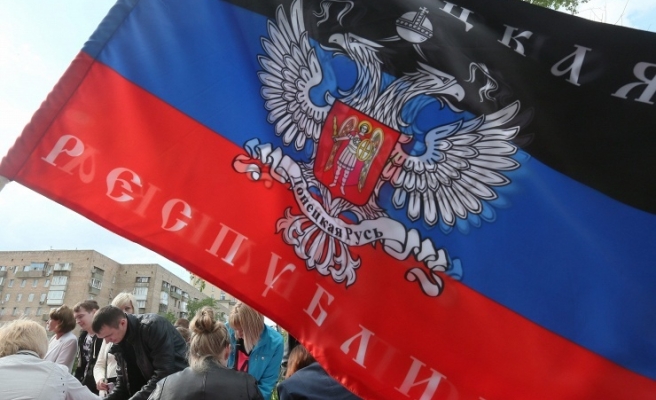 Ukraine has cut all state funding to separatist parts of Donetsk and Luhansk regions after separatists held elections in late October which Poroshenko condemned as illegal and in violation of a ceasefire agreement made in September.

The rebels, in turn, say Ukraine violated the deal by moving to revoke a law granting the regions autonomy, putting an already fragile ceasefire in doubt.

A decree posted on the president's website said all state companies, institutions and organisations should end their work within a week and "evacuate workers, with their permission, (and) where possible remove property and documents".

The ruling, which formally asks parliament to revoke the "special status" of the regions, also suggests Ukraine's central bank take measures to close down all banking services in certain parts of separatist-held areas, including card operations.

Ukraine accuses Russia of sending more soldiers and weapons to help rebels prepare for a new offensive and has cut off state funding to the war-shattered eastern regions as it refuses "to finance terrorists".

The Kremlin has repeatedly denied aiding the separatists, driving relations with Kiev to an all-time low.

A Ukrainian military spokesman said seven soldiers had been killed in the past 24 hours, while the press service for the 'Donetsk People's Republic' said six civilians, including two children, were killed in shelling on Friday. More than 4,000 people have been killed in the conflict so far.

The presidential rulings, which are based on decisions made by Ukraine's Security Council, also require Ukrainian gas producers to supply all their output in the 2014-15 seasons to the population, rather than to industry.

Russia cut off gas supplies to Ukraine in June over a pricing dispute and while some flows may restart in the coming weeks after a EU-brokered agreement, Ukraine still needs to take steps to conserve its insufficient reserves for the winter.

Ukraine is also facing an electricity crisis as the conflict has disrupted coal supplies to thermal power plants, which provide around 40 percent of the country's electricity, and has left reserves critically low ahead of the cold winter months.

As a result of the latest decree, the energy ministry must now look into the possibility of buying electricity from Russia to help Ukraine shrink its gas consumption - a serious setback to the country's efforts to reduce energy dependence on Russia.