Spain, Canada, Romania and Turkey will also be participating in the exercise. Georgia, Norway, Sweden and France have sent observers to drill. 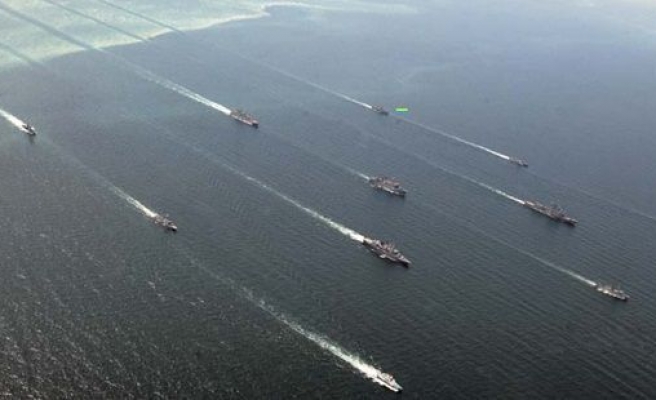 Ukraine is holding a joint military drill with the United States in the northwestern sector of the Black Sea between September 8 to 10, the Ukrainian Navy's press center informed.

The Sea Breeze exercise will focus on techniques of conducting an international operation to maintain safe navigation in the crisis-hit region, Qirim News Agency reported.

Spain, Canada, Romania and Turkey will also be participating in the exercise, in which twelve warships and logistics vessels will take part in the maneuvers, including five Ukrainian warships and two Ukrainian coastguard boats. The Ukrainian Navy will also provide aircraft and helicopters.

The drill is part of the program for bilateral cooperation between the Ukrainian and U.S. military and complies with the Ukrainian president's decree of March 25, 2014 and will be held in the spirit of the Partnership for Peace program.

The exercise has already got off to a controversial start after Canada accused Russian fighter jets of acting in an "unnecessarily provocative" manner after their ship HMCS Toronto was circled on Sunday.

Canada's minister of national defence Rob Nicholson said in a statement that "the acts perpetrated by Russia were unnecessarily provocative and are likely to increase tensions further."

"Canada and its allies are involved in security measures taken by the acts of military aggression perpetrated by the Putin regime and because of the invasion of Ukraine," he said, calling on Russia to stop its "irresponsible actions."

Eleven Sea Breeze exercises were held between 1997 and 2013.