Arseny Yatseniuk stressed his government's commitment to carrying out tough reforms so as to secure billions of dollars in financial aid, but Kiev needed international lenders to put more money on the table 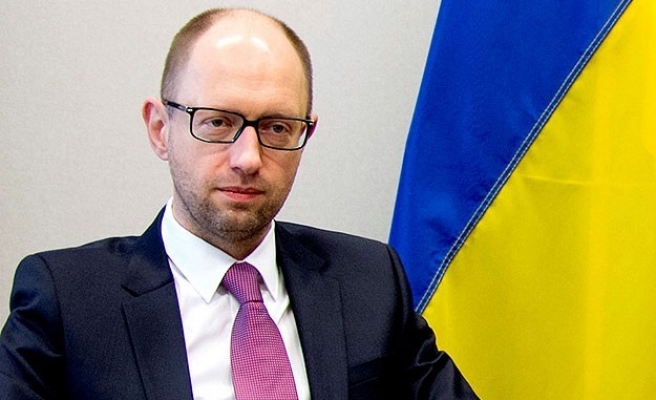 Ukraine's prime minister on Thursday called for a conference of international lenders to be held to provide the country with extra funds to head off possible default.

In a speech to parliament, Arseny Yatseniuk stressed his government's commitment to carrying out tough reforms so as to secure billions of dollars in financial aid from Western backers. But Kiev needed international lenders to put more money on the table, he said.

"In order to survive, in order to prevent a default, we need an international donor conference, the adoption of a Ukrainian recovery plan at this conference and the help of our Western partners," Yatseniuk told parliament.

He specifically referred to a report in the Financial Times that the International Monetary Fund, which is visiting Kiev this week for talks on an existing $17 billion bailout package, had identified a $15 billion shortfall in the programme.

"Next year, in addition to this programme provided by the IMF - and we didn't say this, the FT said this - $15 billion is needed," Yatseniuk said.

He outlined his government's plans for economic reform, which include overhauling the tax system, raising energy tariffs and the privatisation of state firms in a bid to root out endemic corruption that has helped push Ukraine to the brink of bankruptcy.

Ukraine has so far received two tranches under the IMF programme, worth a total of $4.6 billion. But its foreign currency reserves are at a ten-year low due to gas debt repayments to Russia and efforts to support the struggling hryvnia currency.

The economy has been additionally burdened by the cost of the separatist war in the east, while the conflict has closed steel plants and coal mines and destroyed infrastructure in Luhansk and Donetsk, regions that together once accounted for a sixth of gross domestic product and a quarter of industrial output.

Clashes have continued despite the signing of a ceasefire three months ago, and the death toll has risen to more than 4,300 since mid-April.