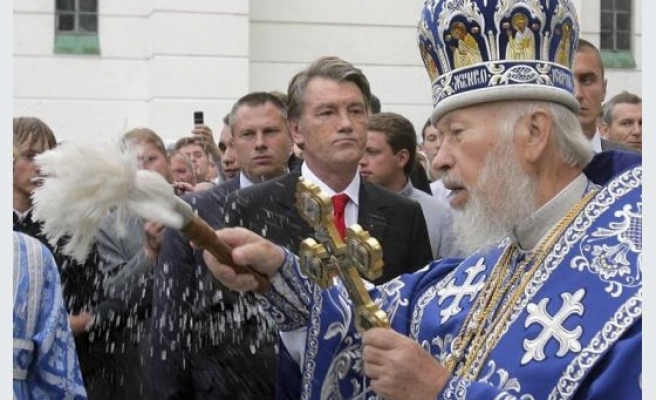 The Moscow patriarchate has echoed Russian President Vladimir Putin's rhetoric on the Ukraine crisis, a move that may alienate the church in Ukraine, analysts have said.

"On July 5, 2014, the primate of the Ukrainian Orthodox Church, his beatitude Metropolitan of Kiev Vladimir, went to the Lord," a statement on the website said.

Putin, who has chartered a more socially conservative course in his third term as president, has strengthened ties with the Russian Orthodox Church and boosted its profile across Russia.

Vladimir, 78, ascended to the leadership of the Ukrainian Orthodox Church following the schism, during which its previous head was defrocked.

Vladimir suffered from internal bleeding and had been treated at a clinic in Kiev, Interfax reported.