Guennadi Korban, 45, a businessman and right-hand man of billionaire Igor Kolomoyski, was arrested Saturday as part of a probe into organised crime and corruption 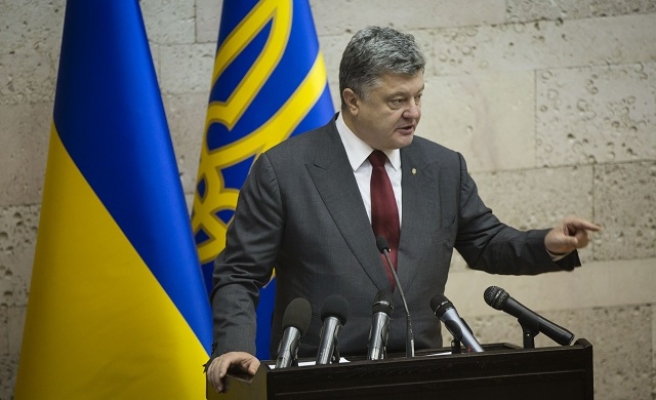 Ukrainian President Petro Poroshenko warned Sunday that the arrest of a millionaire associate of one of the country's most powerful oligarchs was only "the start" of a fight against the corruption plaguing the ex-Soviet country.

Guennadi Korban, 45, a businessman and right-hand man of billionaire Igor Kolomoyski, was arrested Saturday as part of a probe into organised crime and corruption.

"Korban won't be the last," Poroshenko said in a joint interview with three television networks.

Korban is being investigated among other things over the reported theft of 40 million hryvnias (1.5 millions euros, $1.7 million) earmarked for Ukrainian soldiers fighting pro-Russian separatists in the east of the country, according to the SBU security service.

Poroshenko, himself a millionaire businessman, has promised to crack down on oligarchs as part of a drive to tackle the graft that fuelled the street protests which brought down Yanukovych in 2014.

Last year, he dismissed Kolomoyski -- one of Ukraine's richest men with major interests in banking and energy -- as governor of the eastern region of Dnipropetrovsk.

The government accused Kolomoyski of setting up his own militia and of trying to take control of a state-owned oil company.

Saturday's arrest of his associate Korban came a day after an annual wealth list showed Poroshenko's own assets soaring in value to $979 million (889 million euros), despite a deep economic crisis.

Several dozen Ukrainians travelling in a convoy of vehicles protested Saturday outside the presidential palace in Kiev, demanding tougher action against graft.