Tymoshenko said a Russian takeover of the Crimean peninsula would create long-term dangers for the whole region. 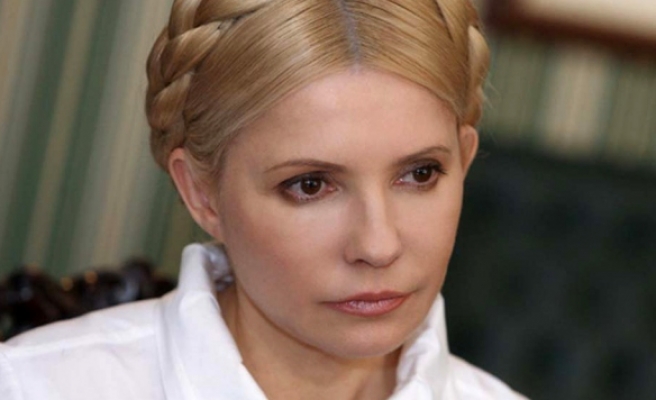 Leading Ukranian politician Yulia Tymoshenko said there was a danger of guerrilla war in Crimea should it be incorporated into Russia and appealed to Germany and others on Friday for immediate economic sanctions against Moscow.

She said a Russian takeover of the Crimean peninsula would create long-term dangers for the whole region.

Speaking to Reuters after a meeting with German chancellor Angela Merkel, Tymoshenko said international measures against Russia had so far been ineffective and called for immediate action to prevent a "flashpoint".

"As of today, those instruments that have already been applied by the US and the EU didn't produce any tangible effects," she said, summarising her message to Merkel.

"If these instruments do not produce results, there are two options left. To opt for next strongest sanctions, I proposed a set of nonviolent, economic measures." The alternative, she said, was to give Crimea to Russia.

"They have to be very convincing for Putin to send the strongest signal that it would not be tolerated."

She also underscored the "serious obligation" of the United States and Britain to support Ukraine, referring to an earlier agreement with Kiev to surrender nuclear arms in exchange for their pledge to guarantee its territory.

"In terms of international law, there are clearly defined country guarantors, namely the U.S. and the United Kingdom."

Crimea's parliament has voted to secede from Ukraine and join Russia, calling a referendum on the question. The West, Tymoshenko said, should not accommodate such action.

"The immediate consequences would be guerrilla warfare," she said, speaking through a translator. "(This)...would be a real flash point in the Black Sea.

"Putin would be allowed to (use) such instruments with a military component in the Crimean case, then where will he stop?"

"He goes as far as he will be allowed to go," said Tymoshenko, who suffers from back problems and sat in a wheelchair throughout the interview.

"Who is next? We never will be able to stabilise the situation in Ukraine and the wider region, if it will be a permanent conflict."

Tymoshenko was strongly at odds with now deposed President Viktor Yanukovich, and was considered a political prisoner by the European Union until she was freed from jail hours after he fled the country. She had been imprisoned in 2011 over a gas deal that she signed with Russia.

Twice Ukrainian prime minister, she is now one of the favourites to become its next president.

Her comments came the day after European Union leaders agreed to suspend visa and investment talks with Russia in reaction to its seizure of Crimea, and said they would freeze Russian assets and withdraw from a G8 summit if Moscow does not reverse course.

This action was more far-reaching than expected, spurred in part by the decision in the Crimean parliament to secede from Ukraine and join Russia.