Ukraine’s Zelensky to travel to Turkey for holiday

In wake of his victory in Ukraine’s presidential election, Vladimir Zelensky to have weekend holiday in Turkey 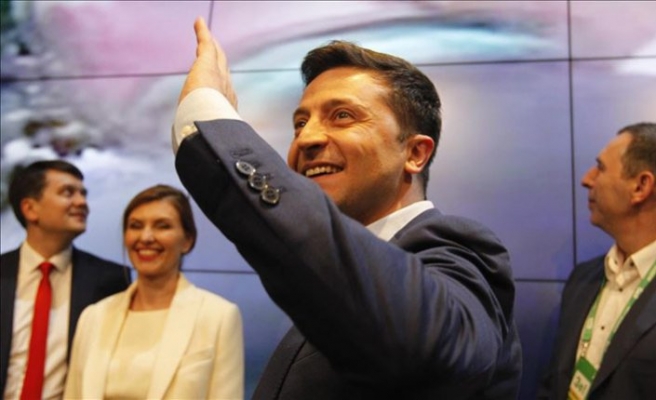 Ukraine’s Vladimir Zelensky, who gained an apparent win in Sunday’s presidential polls, will travel to Turkey for a two-day weekend holiday with his family.

“We are flying to Turkey. I will take my children to an entertainment festival,” Zelensky wrote on social media on Friday.

He will return to Ukraine after a two-day stay in Turkey, said Zelensky, who he did not take any day off on the weekends for four months due to the election campaign.

He did not give any details of their destination in Turkey.

Zelensky, who is also a comedian, won Sunday's runoff election by a landslide, according to exit polls.

As a candidate of the Servant of the People Party, he secured 73.2% of the votes, while his rival Petro Poroshenko trailed at 25.3%.

Zelensky, in his campaign, has widely used social media networks, interacted directly with citizens during TV shows and cabaret concerts, as well as used short video clips, polls and surveys.