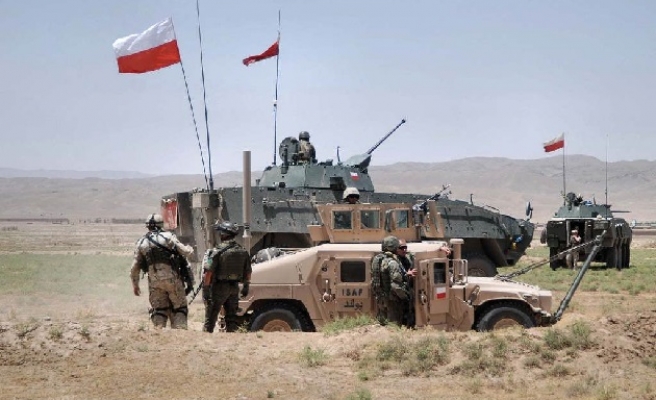 Russia’s involvement in the Ukrainian crisis has Poland fearing for its security.

Poland’s new prime minister Ewa Kopacz said in her inauguration speech on Wednesday that Poland was looking forward to strengthening its relationship with the U.S. and would request an American military presence in the country, due to ongoing violence in Ukraine.

Ewa Kopacz, who took over after former PM Donald Tusk who was named EU Council president, was granted a vote of confidence for one year. The country’s next parliamentary elections will take place in October 2015.

“In light to what is happening in Ukraine, closer relations with the United States have become important. That is why my government will take all efforts to have the U.S. increase its military presence in Poland,” said PM Kopacz Wednesday before the confidence vote.

“Poland feels threatened by the current developments in Ukraine and the Russian aggression towards Ukraine,” Marcin Zaborowski, director of the Polish Institute of International Affairs (PISM), told Anadolu Agency.

The annexation of Crimea by Russia, the violence in the Donbass region, has led Poland to “increase its spending on defense and expect a larger NATO presence in the region,” says Zaborowksi.

Prime Minister Kopacz announced that the new government would increase defense spending from 1.6 to 2 percent of the country’s gross domestic product (GDP), as of 2016.

“This will ensure an additional 800 million zloty (approximately $240 million), and adequately more in following years, to purchase new weapons and military equipment,” said Kopacz in her inauguration speech.

This year, Poland has planned to spend 32 billion zloty ($9 billion) on defense.

Meanwhile, around 12,500 soldiers from Poland, the Czech Republic, the Netherlands, Estonia, Canada, Hungary, Lithuania, the U.S. and the UK took part in the biggest Polish-led  international military exercise in the country’s history.

Dubbed ANAKONDA-14, it started on September 24 and ending on Friday.

The U.S. also announced earlier this week that it would deploy about 700 soldiers and 20 tanks to the Baltic countries (Lithuania, Latvia, Estonia) and Poland.

Unrest in eastern Ukraine has torn the region apart since April, when Kiev launched military operations in the provinces of Donetsk and Luhansk to restore government control after separatists declared independence in the region.

Ukraine and Western countries, such as the U.S., have accused Moscow of sending weapons, and troops, to support the rebels.

Kiev and pro-Russian separatists agreed on a truce on September 5, in the Belarusian capital of Minsk, in a bid to end a five-month conflict that has left over 2,500 people killed, according to United Nations estimates.