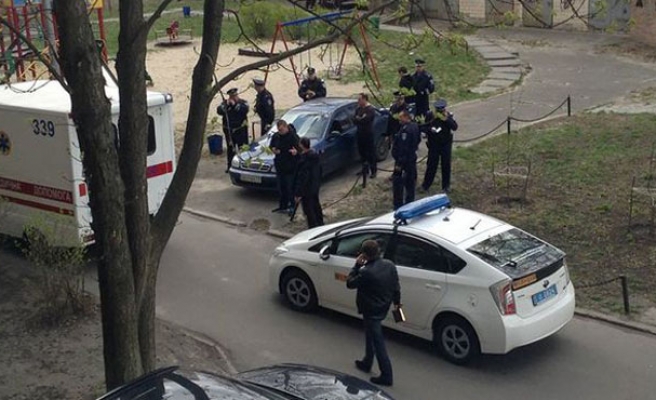 Ukrainian journalist Oles Buzina was shot dead by two masked gunmen in Kiev on Thursday, the interior ministry said in an online statement.

"Today at 1320 (1020 GMT) ... two unidentifiable men in masks shot journalist Oles Buzina," it said, adding that a team of police investigators was at the scene.

Oles Buzina, 45, was known for his pro-Russian opinion pieces published in Ukraine's Sevodnya daily newspaper, which is part of the media empire of Ukraine's richest businessman Rinat Akhmetov. He ran in last year's election for a parliamentary seat for the Russian Bloc party, but was not elected.

The shooting appeared to have taken place outside his home and a team of police investigators was at the scene.

A day earlier a former member of parliament for Yanukovich's discredited Party of Regions, Oleh Kalashnikov, was killed in a similar attack at his home as he entered the premises.

An interior ministry adviser to President Petro Poroshenko linked the deaths since both victims played a part in the "Anti-Maidan" movement, which opposed pro-Western protests that ousted Yanukovich in 2014.

"It seems the shooting of witnesses of the Anti-Maidan affair continues," the adviser, Anton Gerashchenko, said in a Facebook post.

Russian President Vladimir Putin, in a televised call-in show, referred specifically to Buzina's death saying it had been politically motivated.

"This is not the first political assassination. Ukraine is dealing with a whole string of such murders," Putin said during his annual call-in in Moscow, when asked about the murder.