Ukrainian leader to pay visit to Turkey on Nov. 3 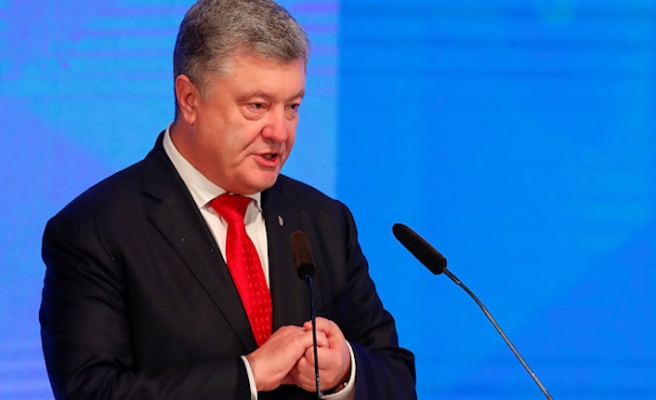 Ukrainian President Petro Poroshenko is to pay an official visit to Turkey on Nov. 3, according to Turkey's presidential press office on Thursday.

Poroshenko will attend the 7th meeting of the High-Level Strategic Cooperation Council in Istanbul, together with Turkish President Recep Tayyip Erdogan.

Bilateral relations will be discussed at the meeting, where two countries will also explore ways to further deepen the strategic cooperation contributing to regional peace and stability.

The current situation of Crimean Tatars is also expected to be discussed at the meetings, where representatives of the Tatars will also be present.

The Tatars have suffered under Russia's illegal annexation of Crimea in 2014.

The last meeting between Erdogan and Poroshenko was held in New York last month during the UN General Assembly.

In 2011, ties between the two countries gained the status of strategic partnership with the establishment of a High-Level Strategic Council, according to the Turkish Foreign Ministry.

To strengthen economic and humanitarian ties, a visa-free regime between Turkey and Ukraine came into force in 2012.

According to the Ukrainian Ambassador in Ankara Andrii Sybiha, last year the visa-free regime enabled over 1.2 million tourists from Ukraine to visit Turkey.

In the years to come, this figure is expected to rise by around 30 percent.