Russia's chief prosecutor has demanded 23 years of imprisonment and nearly one thousand U.S. dollars in fines for Ukrainian pilot and MP Nadiya Savchenko 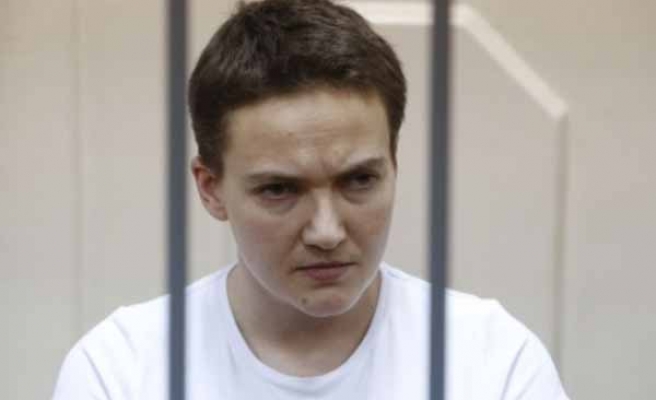 After more than a year in detention, the aviator was put in the dock last summer in the small southern Russian town of Donetsk, on the border with conflict-torn Ukraine.

The trial is now drawing to a close and Savchenko is expected to make her last address to the court on Thursday.

Russian prosecutors say Savchenko was involved in the killing in her capacity as a volunteer in a Ukrainian battalion.

Wearing a traditional embroidered Ukrainian shirt, the pilot reiterated her innocence, saying she was a Ukrainian officer and had every right to defend her homeland.

She said the management of the broadcasting company they worked and the Russian authorities should be blamed for their death.

"If they wore helmets and flak jackets, they would have remained alive," she said in remarks provided by her defence teams.

She also threatened resume a hunger strike -- refusing both food and water -- if the judge took more than two weeks to prepare and announce the verdict.

'You won't break me'

"You would deliver the verdict posthumously, without me," an emotional Savchenko told the court in Russia.

"You have not broken me and will never break me."

Savchenko -- who was elected to Ukraine's parliament while in custody -- refused food for more than 80 days to protest her detention. She broke off her hunger strike last March because of severe health problems.

Kiev accuses Russia of kidnapping and smuggling the aviator across the border, and the Ukraine prosecutor's office said last year it suspected six Russian officials of taking part in her detention and prosecution.

Savchenko is seen by her compatriots as a symbol of resistance against what most Ukrainians consider an insurgency fuelled by the government of Russian President Vladimir Putin.

Her politically-charged case has drawn criticism from Ukraine's backers in the West and has sparked further tensions between Moscow and Kiev.

Few doubt that Savchenko's fate will be decided in the Kremlin, and Western leaders as well as Ukrainian President Petro Poroshenko have called on Putin to let her go.