Ukrainian protesters to be released Monday 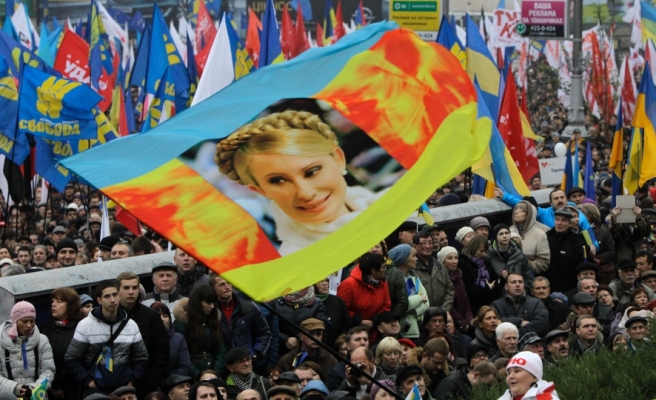 In a social media post, Avakov said an investigation has been launched into the actions of police forces and interior ministry officials during anti-government protests to determine the ones who abused their powers.

He noted that the ministry had talks with the new administration of the State Security Services (SBU) and the leaders of anti-government groups in Independence Square to discuss methods for minting order in Kiev and cooperation between the police and anti-government groups. He added that all agreements would come into force on Monday.

Avakov also said the Chief Public Prosecutor would quickly release information at the earliest on the meeting where the crimes committed against the people of Ukraine were discussed by high level security officials earlier on Saturday.

"The organs of the Interior Ministry have joined the protesters, the side of the people," Avakov earlier told Ukraine's Channel 5 TV.

The parliament on Saturday voted to remove Yanukovych from power and set early presidential elections for May. The Rada also moved to immediately reinstate the 2004 constitution, stripping the presidency of much of its power.

Yanukovych, who fled Kiev late Friday night for his power base in eastern Ukraine, rejected the parliament's decisions. In a television interview released Saturday, Yankovych said he was the victim of a coup and that authority continues to rest with his office.

Anti-government protests that broke out in November 2013 after Yanukovych rejected a trade pact with the European Union amid pressure from Moscow.