The temporary truce was declared as German and French leaders pressed forward with a new peace plan to end the crisis in Ukraine. 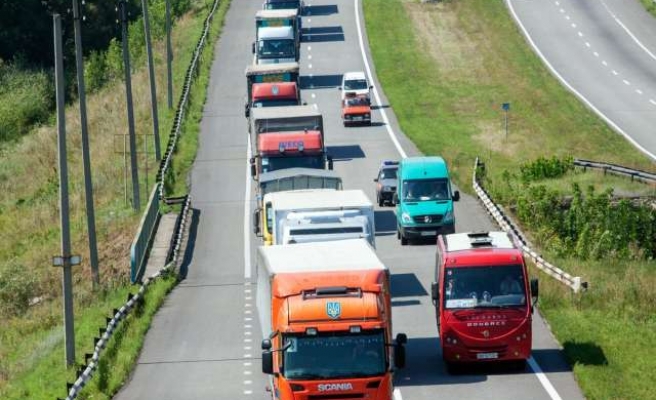 Convoys of buses converged from two sides on the town of Debaltseve in eastern Ukraine on Friday after separatist rebels and government forces appeared to have patched together a truce to allow civilians to be evacuated.

A Reuters correspondent outside the town of Horlivka, west of Debaltseve, said around 30 empty buses were heading towards Debaltseve under an escort from monitors from the OSCE security watchdog and rebel police and military.

Another Reuters witness said a similar convoy, controlled by Ukrainian forces, was heading to Debaltseve from Artemivsk, east of the town.

Government forces have been holding on to Debaltseve, a strategic rail hub linking the two separatist-held regions of the east, for several weeks despite prolonged artillery and tank attacks by the separatists.

The temporary truce was declared as German and French leaders pressed forward with a new peace plan to end the crisis in Ukraine.

More than 5,000 people have been killed in a conflict which has caused the biggest crisis between Russia and the West since the end of the Cold War.

The rebels said the truce came into force at 9 a.m. Moscow time (0600 gmt) and witnesses said there was no firing between the two sides as the convoys moved towards Debaltseve.

But the Kiev military did not confirm any formal truce agreement.

Regional police chief Vyacheslav Abroskin said on Facebook that one person had been killed in rebel artillery shelling of the town in the early morning.