Two publishing houses stirred up outrage recently when they pictured, described Crimea as not being part of Ukraine but Russia 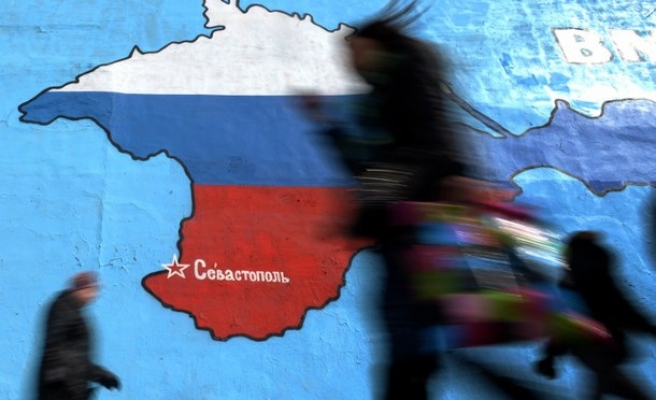 The two publishing houses stirred up outrage recently when they pictured and described Crimea as not being part of Ukraine.

Following an official letter by the Ukrainian embassy to the UK and public outrage, Oxford University Press has promised that it will add "further detail into this section of the textbook" that the text will be amended to include the position of the UN on the matter, before additional copies are sold.

At the moment of publication, there was no official response from Larousse to the letter of the Ukrainian embassy to France. However, Larousse did say it did "not wish to be drawn into this controversy."

The campaign's organizers also urge the publishing houses to apologize "before Ukrainians, and especially Crimean Tatars, for publishing material that contradicts the UN resolution on the territorial integrity of Ukraine, which was adopted by 100 countries, including the UK and France, in the UN Resolution 68/262."