Ukrainians feel the pinch as winter closes in

Ordinary people whose wages and pensions are rising far slower than prices are already struggling to make ends meet. 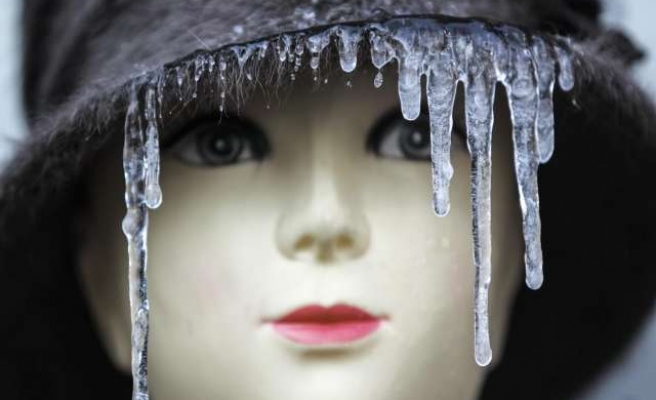 Every day, Yevgenia gets up before dawn to travel to the outskirts of the Ukrainian capital Kiev to sell five bottles of fresh milk from her village cows for around 66 U.S. cents a litre.

With a third of her state pension going on the gas bill, her family would not make ends meet without the food they grow themselves on a small plot. Vegetables have been packed into jars for the cold months.

"With our cows, chickens and our garden we'll get through the winter," said the 75-year-old retired pharmacist swaddled in a flowery wool shawl against the icy drizzle. "You should see how many jars of pickles I have this year."

She considers herself lucky: "But what about the old folk and poorer families in the city who can't grow their own food?"

After a year of political upheaval and a war in the east, Ukrainians are facing a winter in poverty, with prices rising sharply, the currency crumbling and a nearly bankrupt state dependent on foreign aid and in no position to offer any help.

Inflation is due to top 25 percent this year, and the hryvnia currency has plunged by 40 percent against the dollar.

A long delayed natural gas deal with Russia, the enemy Ukrainians accuse of stealing territory and arming separatists, has staved off the prospect of a winter without heat.

But energy prices, which already form a huge part of stretched family budgets, are expected to surge still further as international lenders that are keeping the Kiev government afloat demand a cut in subsidies.

Kiev already raised the price of gas for consumers by 50 percent in June, but the hryvnia's fall meant that did little to help the government's accounts.

Ordinary people whose wages and pensions are rising far slower than prices are already struggling to make ends meet.

Retailers have seen trade fall 6.8 percent year-on-year in January to October, the first time sales have dropped in this period since the financial crisis of 2009. Margins are evaporating as the cost of imported materials rises faster than the ability of customers to pay.

"If we were to raise prices, we wouldn't survive because people wouldn't be able to buy our products," said Tatiana Abramova, owner of RITO Fashion House, which employs around 100 people selling women's clothes.

With the hryvnia tumbling, banks have put limits on the amount of foreign currency customers can withdraw. As of Nov. 1, dollar deposits had fallen 35 percent this year.

Pensioner Yevgenia said nobody in her village would be able to afford more expensive gas if energy prices rise again.

"There's only so much milk I can carry to the market," she said. "They say winter is going to be particularly cold this year. I guess we'll just have to wrap up warm."