Their testimony, given after being freed from a month's captivity, casts further doubt on Moscow's denials of Western accusations that it helped pro-Russian rebels 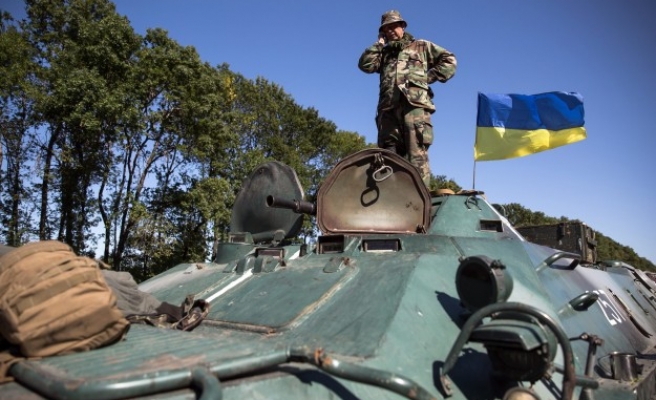 Two Ukrainian soldiers have offered new evidence of direct Russian military involvement in eastern Ukraine, saying they were captured by Russian troops in a battle that became a turning point in the conflict.

Their testimony, given after being freed from a month's captivity, casts further doubt on Moscow's denials of Western accusations that it helped pro-Russian rebels stave off defeat last month by sending in soldiers and weapons from Russia.

The Russian Defence Ministry, contacted by phone on Monday, declined to comment on their remarks.

Stepping out of a bus on at dusk on Sunday during a prisoner exchange, Alexei Koshelenko said he was captured during heavy fighting on Aug. 24-25 near the town of Ilovaysk, east of the separatist stronghold of Donetsk.

He said his 93rd mechanised brigade was encircled and quickly overrun in the battle, in which forces loyal to the Kiev government suffered big losses.

"We were hit by (multiple rocket launcher) Grads and after that the troops just swept us away. We were completed defeated within 20 minutes. Many of us were killed, others are missing," Koshelenko told reporters.

"They were Russians," he said, standing among unshaven and exhausted-looking soldiers being counted before the swap was completed. Referring to a city 300 km (200 miles) northeast of Moscow, he said: "They said they were an airborne assault battalion from Kostroma."

Koshelenko said his unit had initially confused the Russian soldiers for their own.

"We got up in the morning on Aug. 25 and were fired on heavily from all sides. Tanks, APCs (armoured personnel carriers) and infantry were attacking us. We thought we were in the rear, we thought they were ours ... The fire mowed down the woods," he said.

TURNING OF THE TIDE

Andrei Krupa, who was also among dozens of prisoners freed on a road north of Donetsk pockmarked by shrapnel and shelling, said his 51st mechanised brigade also suffered losses in the same battle.

"They were Russian soldiers - soldiers from Kostroma, paratroopers," he said.

Ukrainian media reports say hundreds of government soldiers were killed in the defeat at and around Ilovaysk, full details of which have still not been disclosed by the Kiev military. Days later, President Petro Poroshenko accepted a ceasefire.

The rebels had looked on the verge of defeat in August, four months after they rose up against Kiev's rule, but the tide of the war turned with what Kiev and the West say was an injection of Russian troops and weapons in late August.

The separatists' top leader and a prominent rebel military commander said that scores of Russians were fighting in their ranks but that any soldiers among them were on leave.

But evidence to the contrary has gradually emerged, with human rights groups and relatives of soldiers saying hundreds of Russians have been killed or wounded in eastern Ukraine.

On Aug. 26, Ukraine released a video of 10 Russian paratroopers captured in east Ukraine with one of them saying his regiment was based in Kostroma.

Moscow said at the time that the soldiers had crossed an unmarked section of the border by mistake, but NATO said it had seen a significant escalation of Moscow's military involvement in Ukraine.