Cameron promised he would seek to shake up the constitutional arrangements for the rest of Britain as well as honouring a cross-party pledge to grant Scotland more powers on tax and spending. 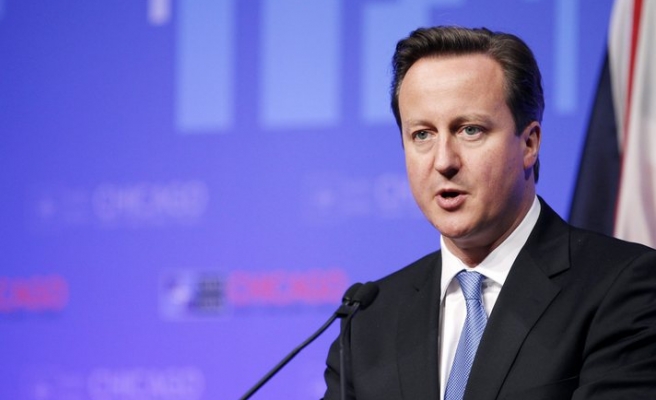 British Prime Minister David Cameron said the issue of Scottish independence had been settled "for a generation" on Friday but pledged a swift constitutional shake-up after what he called "a clear vote" by Scots to stay part of the United Kingdom.

Cameron, whose own job would have been on the line if Scots had voted in favour of independence, said his strategy to allow Scots a referendum had been the right thing to do from a democratic point of view and had been vindicated.

"It was right to take - not duck - the big decision," Cameron told reporters in front of his Downing Street office in central London.

"The debate has been settled for a generation ... There can be no disputes, no re-runs. We have heard the settled will of the Scottish people."

If Scotland had voted "Yes", Cameron could have faced a leadership challenge from within his Conservative party, where there would have been appetite in some quarters to punish him for presiding over the break-up of Britain.

Though a solid "No" vote removes the threat to Cameron's leadership, some lawmakers in his own party fear he has promised Scotland too generous a constitutional and funding settlement and that England, by far the biggest nation in the United Kingdom, deserves a new deal as well.

In a nod to those concerns, Cameron promised he would seek to shake up the constitutional arrangements for the rest of Britain as well as honouring a cross-party pledge to grant Scotland more powers on tax and spending.

Draft laws granting Scotland new powers would be agreed by November and published by January, he said.

"Just as Scotland will vote separately in the Scottish parliament on their issues of tax, spending and welfare, so too England, as well as Wales and Northern Ireland, should be able to vote on these issues," he said.

"And all this must take place in tandem with and at the same pace as the settlement for Scotland."

William Hague, the former foreign secretary, will draw up plans to try to ensure that only English lawmakers in the British parliament can vote on English matters, he said.

Currently lawmakers representing Scottish constituencies can also vote on Westminster laws that only affect England, Wales or Northern Ireland, while the Westminster parliament has no say on matters that have been devolved to the Scottish parliament.