UK's May to pay surprise visit to Brussels 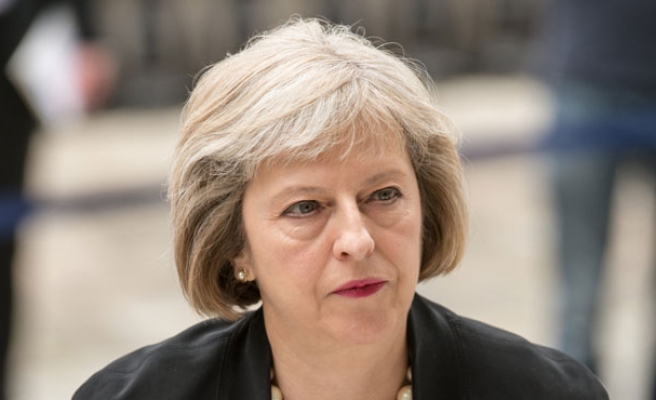 British Prime Minister Theresa May will fly to Brussels for a dinner with EU leaders on Monday in a bid to end “deadlocked” Brexit negotiations.

May will be joined by Brexit Secretary David Davis and they will meet European Commission President Jean-Claude Juncker and Barnier.

British prime ministry sources said the visit was pre-planned but EU sources did not confirm this.

May is expected to try to convince EU leaders to agree beginning a second phase of negotiations that will deal with the U.K.’s future relationship with the bloc.

Juncker earlier said the U.K. would have to pay a so-called Brexit divorce bill which, according to estimates, could reach up to £100 billion ($132 billion) before they could move negotiations to the next phase.

“We will not be able to say in the European Council in October that now we can move to the second phase of negotiations,” Juncker said.

The U.K. insisted Brexit negotiations had reached a point where sufficient progress had been made to take the talks to the second stage, where the future relationship between the U.K. and the EU could be discussed.

However, upon the completion of a fourth round of negotiations last month, EU leaders said the progress seen was not enough but praised a conciliatory speech by May in Florence, describing it as a step forward.

British voters opted to leave the EU in a referendum over a year ago and Brexit negotiations are supposed to be finalized in March 2019.

The issue of citizens' rights is one of the main issues to be dealt with during the negotiations, along with the land borders between Northern Ireland and the Republic of Ireland, and Gibraltar and Spain.

Immigration control and access to the European single market will be discussed.