According to the UN, at least 120,000 people have been displaced in Syrian cities Aleppo, Hama and Idlib between Oct. 5 and 22 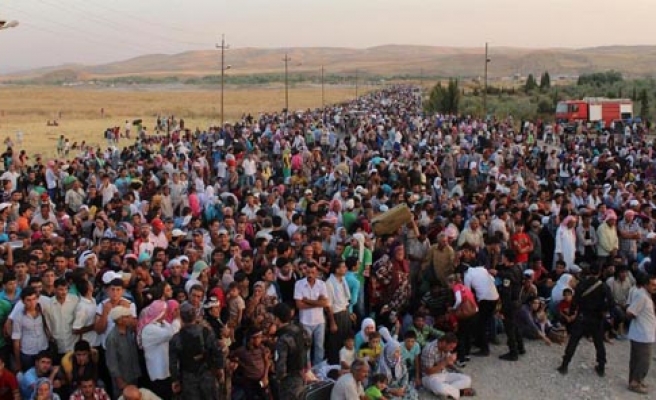 At least 120,000 people have been displaced in three major Syrian cities because of fighting since early October, the United Nations said Monday.

The UN humanitarian affairs agency said that at least 120,000 people had been forced to flee their homes in Aleppo, Hama and Idlib governorates between Oct. 5 and 22.

UN spokesman Stephane Dujarric told reporters that most of these people were displaced within their governorates, while others fled to camps near the Turkish border.

Some 3.9 million Syrians have become refugees and at least 7.6 million have been internally displaced, according to UN figures.

Neighboring Turkey is now the largest refugee-hosting country in the world with more than two million Syrian refugees on its soil.