UN calls for release of thousands of detainees in Syria 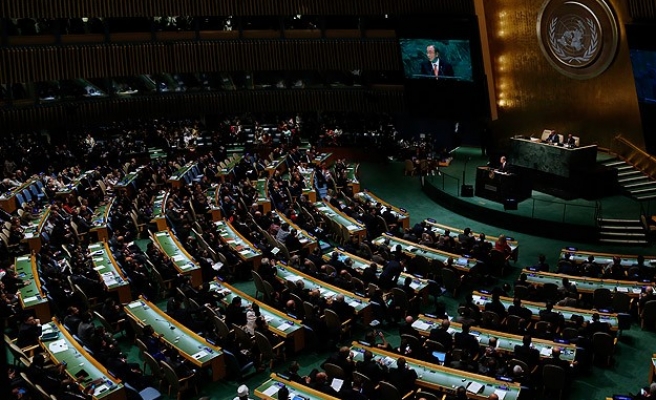 World Bulletin / News Desk
The UN has urged Syrian President Bashar al-Assad’s regime to release thousands of people who have been held in detention for years.

UN High Commissioner for Human Rights Zeid Ra’ad Al Hussein said in a statement on Thursday that many individuals had been detained under a 2012 anti-terrorism law and jailed for the "peaceful expression of their views".

He said: "In many cases, people are held incommunicado for weeks or months."

"This is particularly worrying given the Syrian Government’s record of torture and ill-treatment of detainees, which has been well-documented prior to, and during, the conflict."

He went on: "Activists, lawyers and human rights defenders, who were already vulnerable prior to the outbreak of the conflict, have been particularly targeted."

"I urge the Syrian Government to immediately release all those who have been jailed for peaceful expression of their views and to ensure that all those detained are accorded their full due process rights."

He said regime forces had also been holding members of the Syrian Centre for Media and Freedom of Expression including Mazen Darwish, Hani Al-Zaitani and Hussein Ghrer, for three years on terrorism charges, and their trial had been postponed for a sixth time with no new date set for a hearing.

He also said many individuals were detained under a 2012 anti-terrorism law and later pardoned following a general presidential amnesty issued in June 2014.

However, Mazen Darwish and his colleagues, along with an unknown number of others, were excluded from the pardon.