With 95% of refugees from Syria now in Turkey, Ban Ki Moon has said that EU leaders must 'show leadership and compassion' dealing with crisis. 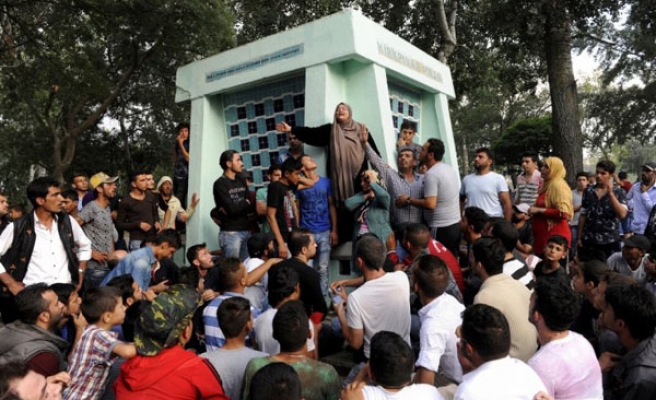 "[Ban] calls on all European states to ensure that they abide by their international obligations, including the right to seek asylum, and the prohibition of refoulement", UN spokesman Stephane Dujarric told reporters in New York.

"All persons must be received with dignity and their human rights must be respected", he said.

EU interior ministers are due to meet Tuesday to discuss compulsory quotas for accepting 120,000 asylum-seekers. An emergency summit by EU leaders is also scheduled for Wednesday.

The plans are opposed by some central and eastern European countries such as Hungary, Poland, Slovakia and the Czech Republic, some of which argue that each country must be able to decide how many asylum seekers it can host.

Hungary, in particular, has been on the frontline of the latest crisis, as the central European country placed a series of restrictive measures resulting in extremely limited access for refugees at the border.

Ban called on EU leaders to "show leadership and compassion" during the meetings, urging them "to forge a common approach which is in line with their international obligations and honors the letter and spirit of the United Nations Charter".

The UN chief will host a special meeting to discuss the status of refugees in Europe on the margins of the 70th UN General Assembly next week.

The UN says more than 440,000 migrants and refugees arrived in Europe by sea since January. Some 2,921 people have died or gone missing trying to cross the Mediterranean.

The majority of these asylum seekers are Syrians who are trying to flee a civil war that has claimed more than 250,000 lives since 2011 and resulted in one of the largest refugee exoduses since the Second World War.