Turkey has done its best to minimize the influence of terrorism on the tourism sector, says UNWTO Secretary General 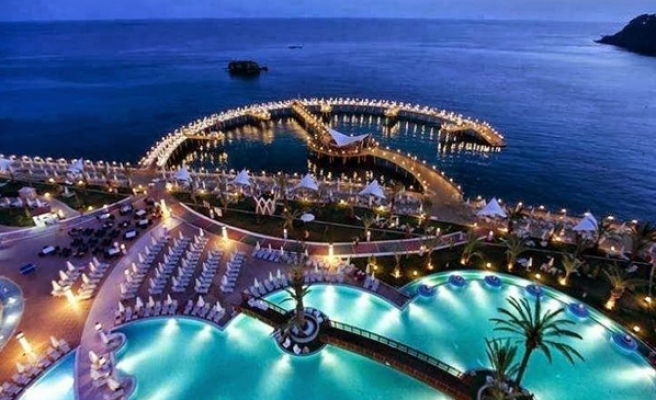 Security is not only Turkey’s, France’s, Belgium’s or Germany’s problem, it is a global problem and the solution must be the result of a collective work, the United Nations World Tourism Organization (UNWTO) Secretary-General Taleb Rifai has told Anadolu Agency.

Stating that Turkey had done its best to minimize the influences of the terrorist attacks in Ankara on the tourism sector, Rifai said these kinds of attacks have been occurring in various destinations around the world and added:

"Turkey is a powerful country in tourism and we are confident that this trend will continue. Our message as the World Tourism Organization is that people should go on travelling to these destinations."

Rifai said Antalya is at a very significant location among the other tourism cities across the Mediterranean.

Turel said Antalya is a model city during these hard days, adding: "Strengthening tourism means the strengthening of peace and brotherhood."

"Tourism is a peace industry. Tourism is in a position that gathers humanity and brotherhood and that leaves all the political conflicts aside. The more we strengthen the tourism sector, the more we contribute to world peace. This is what we have been trying to accomplish in Antalya. You can see the citizens of countries experiencing serious political debates in the world in the same pool of a hotel in Antalya."

Turel said Antalya is the third most popular touristic area after Paris and London in Eurasia.