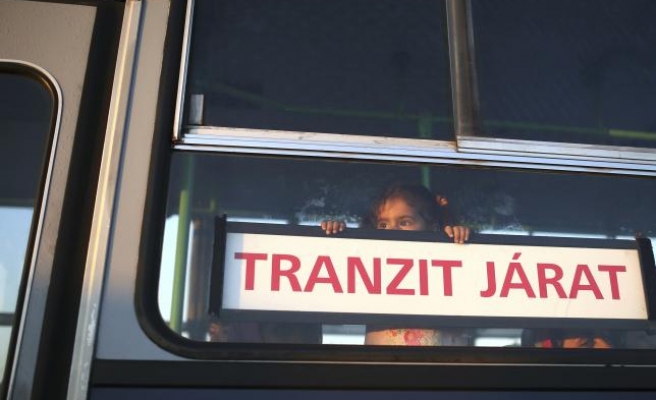 Hungary has effectively stopped registering thousands of refugees crossing the border from Serbia and is transporting them straight to the Austrian frontier, the UN refugee agency said Monday.

"Our information is that special trains are taking refugees from Roszke (train) station direct without stopping to the Austrian border," Erno Simon, UNHCR Regional Representative for Central Europe, told AFP.

He said this was "approximately a four-hour journey, yesterday (Sunday) three such trains left carrying at least 2,000 people. During the night our colleagues saw police waking people up at the border collection point."

There was no immediate comment from the Hungarian government about the development, which matches comments made by refugees to an AFP correspondent at the flashpoint town of Roszke near the Serbian border.

EU member Hungary has become a frontline state in Europe's refugee crisis, with more than 180,000 people travelling up from Greece through the western Balkans and entering the country this year.

The sharp increase came ahead of harsh new Hungarian laws coming into force Tuesday under which people entering the EU country illegally can be jailed for up to three years.

In addition to the new laws, Hungary is  also building a controversial four-metre high (13-feet) fence all along its 175-kilometre (110-mile) border with Serbia.

The refugees, mostly Syrians, Afghans and Pakistanis, seek to travel onwards to Austria and then western Europe, particularly Germany -- which has relaxed asylum rules for Syrians -- and Sweden.

On Sunday, however, Germany reimposed border controls and trains from Austria were suspended -- although they resumed on Monday morning -- leaving thousands arriving from Hungary effectively stranded.

Austria's government responded on Monday with plans to deploy some 2,200 military personnel, primarily for humanitarian support but also to strengthen border checks.

By around midday (1000 GMT) there were more than 7,000 refugees at Nickelsdorf, the main crossing point into Austria, police said. Around 5,000 others spent the night in Vienna.