UN launches $16.4B appeal for aid, Turkey most generous

The UN has launched a $16.4 billion aid appeal to help around 57.5 million of the world’s most vulnerable people, the majority of whom are in conflict zones. 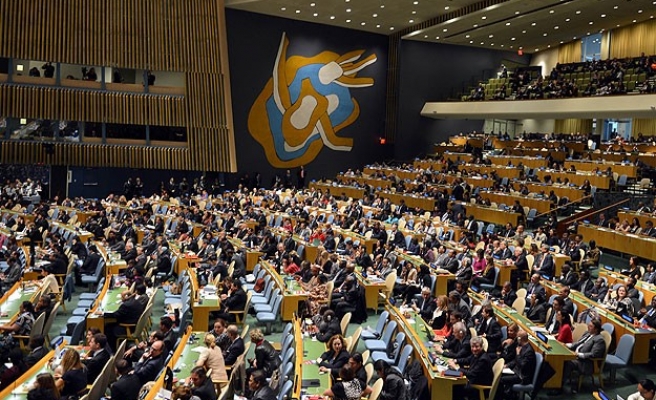 World Bulletin/News Desk
The UN launched Monday a $16.4 billion aid appeal to help around 57.5 million of the world’s most vulnerable people, the majority of whom are in conflict zones.

"A combined 78 million people are considered in need of humanitarian assistance and we aim to respond to the urgent needs of 57 million of them," Valerie Amos, UN undersecretary-general for Humanitarian Affairs and Emergency Relief Coordinator, told reporters at the UN's Geneva headquarters.

Amos said the crises in Syria, Iraq, Central African Republic and South Sudan would remain the top humanitarian priorities for next year.

"These four crises alone account for over 70 percent of the funding requirements we are asking for today," she said.

About the World Food Programme's suspension of food vouchers to more than 1.6 million Syrian refugees last week, Amos said that they did not have the money for December, but they collected the $64 million required through a public appeal.

UN refugee chief Antonio Guterres said more than 15 million people had been displaced because of conflicts by the end of last year, which was for the first time since the Second World War.

The UN is appealing for $4.4 billion to help more than three million Syrian refugees in neighboring countries and $2.8 billion to assist internally displaced Syrians.

The other major crises covered by the appeal are Afghanistan, Democratic Republic of Congo, Myanmar, Occupied Palestinian territory, Somalia, Sudan, Ukraine and Yemen.

"My very strong appeal is not only for increased generosity from all donors…but also much more flexibility in our capacity to use those funds," Guterres said.

He also said that Turkey has been an extremely generous double donor by being both a host for the refugees and a donor by already spending more than $4.5 billion on Syrians refugees.