The UNHCR said the total includes 814,000 Ukrainians now in Russia with various forms of status, as well as compatriots who have fled to Belarus, Moldova, the three Baltic states and European Union. 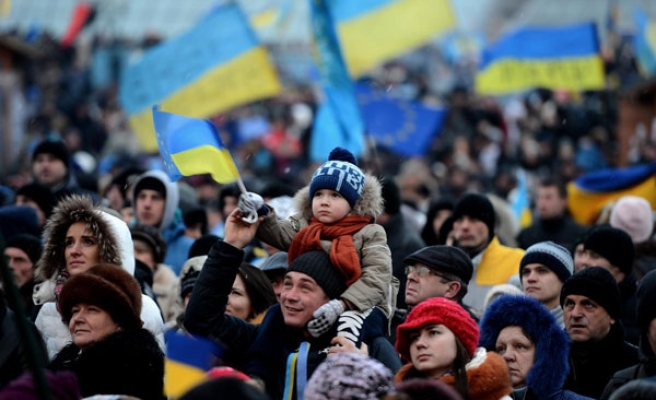 More than one million people have been uprooted by the conflict in Ukraine, including 260,000 within the country where further mass displacement is feared due to ongoing fighting, the United Nations said on Tuesday.

Some Ukrainian nationals have fled by motorcycle to Russia, while others have escaped the crisis by spending the summer months at European spas or visiting grandparents, it said.

The total includes 814,000 Ukrainians now in Russia with various forms of status, as well as compatriots who have fled to Belarus, Moldova, the three Baltic states and European Union, a senior official of the U.N. High Commissioner for Refugees said.

"It's safe to say you have over a million people now displaced as a result of the conflict, internally and externally together," Vincent Cochetel, director of the UNHCR's bureau for Europe, told reporters in Geneva.

Of 814,000 Ukrainian nationals who have entered Russia this year, 260,000 have applied for some sort of protective status, he said. The remaining 554,000 have arrived on the basis of a visa-free regime allowing them to stay up to 270 days, he added.

"We see them arriving sometimes by foot, by bus, by motorcycle," said Cochetel, recently returned from the region.

Within Ukraine, most people displaced by earlier fighting have returned to areas retaken by Kiev's army, Cochetel said.

"In terms of people leaving, recent arrivals over the last two days, we see less people coming from Luhansk and Donetsk city themselves. Is it attributable to more controls at checkpoints or people not able physically to cross through the lines, we don't know.

"The people that are arriving now are mainly arriving from Novoazovsk and Bezimenne where fighting was reported this morning, so it's close to the sea of Azov, it's on the road to Mariupol, so south of the Donetsk area," he added.

Russian troops are strengthening their positions in eastern Ukraine and using aid shipments to smuggle in arms and other supplies to separatist forces, Kiev's military said on Tuesday.

"In terms of the ongoing fighting, in Donetsk, Luhansk and in the south of Donetsk oblast (district), we very concerned about risk of further exodus," Cochetel said.

U.N. High Commissioner for Refugees Antonio Guterres is "very concerned about the risk of further displacement of major proportion in that part of the country", he said.

Guterres said in a statement: "If this crisis is not quickly stopped, it will have not only devastating humanitarian consequences, but it also has the potential to destabilise the whole region."

In all, 4,106 Ukrainians have applied for asylum in EU countries led by Poland, Germany and Sweden, UNHCR figures show. Some 380 Ukrainians have sought asylum in Belarus, but many more have gone to the former Soviet republic, it said.

"But that's the visible tip of the iceberg. We believe there are more people in Moldova," he said.

Ukrainian nationals have also gone to eastern Europe for summer months and their plans are unclear.

"You have Ukrainians also of Hungarian ethnicity, of Romanian ethnicity, of Slovak ethnicity. You have many of these people who have moved during the summer, we thought that is the seasonal movement, they go to spas, they visit relatives, kids going to their grandparents for the summer and then they will return. Are they returning?," Cochetel said.