UN refugee chief Guterres to leave by end of year 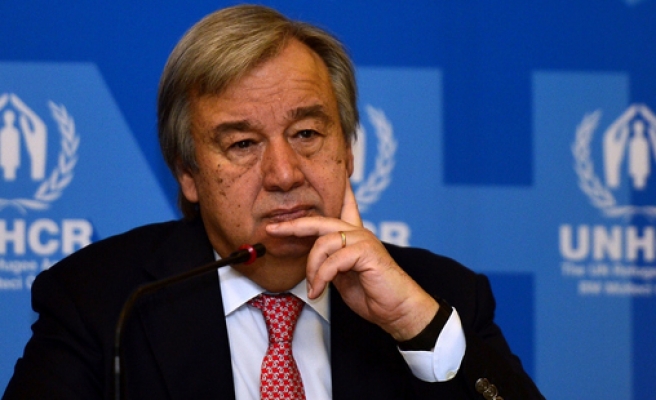 The UN refugee agency said Friday that its chief, Antonio Guterres, will leave his post by the end of this year, as Denmark's former prime minister Helle Thorning-Schmidt announced her candidacy for the job.

Guterres, the former prime minister of Portugal, took charge of the UNHCR in June of 2005, and will end his tenure as Europe grapples with a refugee crisis that some have described as the worst since World War Two.

Agency spokeswoman Melissa Fleming said Guterres's mandate was supposed to have expired in June, but was extended by six months.

Thorning-Schmidt, a Social Democrat who served as Danish prime minister from 2011 until June this year, announced her candidacy earlier on Friday at a press conference in Copenhagen with current Danish Prime Minister Lars Lokke Rasmussen.

"The international community is under strong pressure... to understand the reasons driving people to flee but also to aid those who are displaced," Thorning-Schmidt said.

Denmark's Social Democrats have traditionally been pro-immigration, but under Thorning-Schmidt the party took a tougher stance on the issue.

Her government introduced a measure that placed restrictions on family reunification for refugees, a move fiercely criticised by UNHCR.

"I take full responsibility for the decisions made when I was prime minister and it is necessary to remember that Denmark is a fully engaged partner of UNHCR, and has been since its creation in 1950," she said.

All candidates to replace Guterres must be announced by the middle of this month.