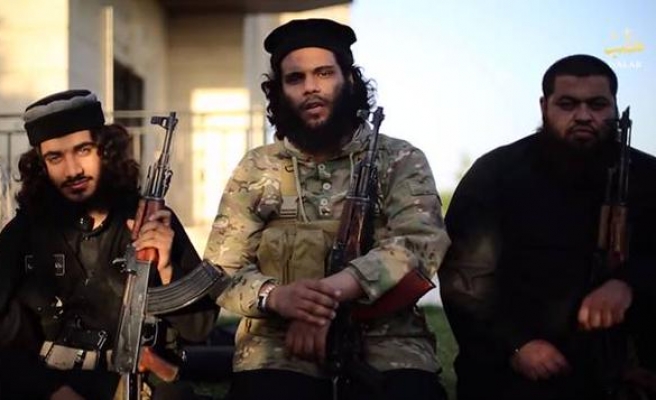 Four Britons linked to ISIL have been landed with an international travel ban as part of a crackdown on U.K. citizens traveling to Syria.

Two men and two women have been added to a United Nations list that means their bank accounts and other assets will be frozen worldwide.

The group of four include Omar Hussain and Sally-Anne Jones, both from southern England, who have used social media to recruit others to join ISIL.

Other names on the list are Aqsa Mahmood, thought to be a lead fighter in a female ISIL brigade, and Nasser Muthana, who is suspected of appearing in videos showing beheadings.

A spokeswoman for U.K. Prime Minister David Cameron said the measure was designed to deter other Britons from travelling to Iraq and Syria to join ISIL.

The spokeswoman said: “The Prime Minister has been absolutely clear that we will do all we can to stop British citizens from going to fight for ISIL and that foreign fighters should face consequences for their actions.

“As well as the domestic measures we have introduced, such as the power to seize passports, these sanctions are a powerful tool – freezing an individual's assets and imposing a global travel ban on them.

“It also sends a clear deterrent message to those thinking of going to fight for ISIL. We will continue to consider whether more individuals should be subjected to these sanctions.”

The United Nations sanctions regime was originally set up to target members of al-Qaida but has since been extended to ISIL fighters. Inclusion on the list is subject to approval by a sanctions committee.

It is the first time since 2006 that Britain has applied to put its own citizens on the list.

Further U.K. nationals are expected to be submitted to the list in the coming weeks.