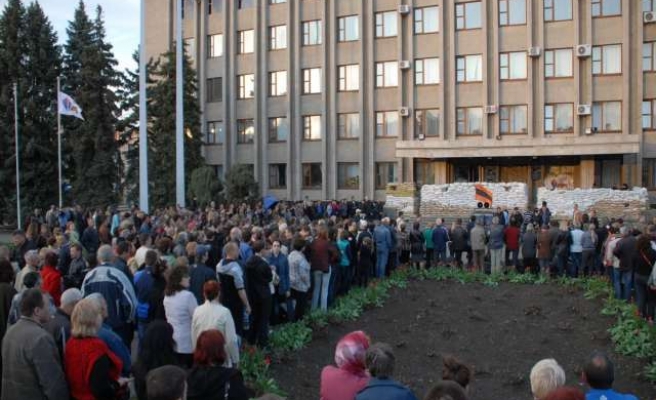 World Bulletin/News Desk
Despite a ceasefire agreed in Minsk in early September, more than 1,300 deaths have been recorded in clashes between Ukrainian forces and pro-Russian separatists, according to a UN report released on Monday.

With the onset of winter, over 5 million people living in Ukraine's conflict-hit areas are struggling to survive, according to findings by the Office of the UN's High Commissioner for Human Rights.

At least 4,707 people have been killed and 10,322 wounded in the conflict between Ukrainian forces and pro-Russian separatists in eastern Ukraine since mid-April, according to the UN.

Since the September ceasefire, 1,357 fatalities have been recorded.

An average of 13 people are killed per day in eastern Ukraine, said Gianni Magazzeni, chief of the Americas, Europe and Central Asia branch of the U.N. Human Rights Office in Geneva.

In the past five months, the number of internally displaced people has increased from 59,000 to 498,347 and over a half million people moved to neighboring countries, he said.

"Conditions are very difficult for those who did not participate in the so-called referendum back in March,” Magazzeni said.

The UN official said that citizenship issues were continuing and many Crimean Tatars who voiced opposition to the annexation of the peninsula by Russia now lacked access to social services.

He also stressed that violations of property rights were increasing in Crimea.

The report also claimed that all religious communities must seek registration in accordance with Russian legislation by January 2015 in order to acquire legal status and to continue operating, which "creates a hostile atmosphere hampering the exercise of freedom of conscience and religion in Crimea.