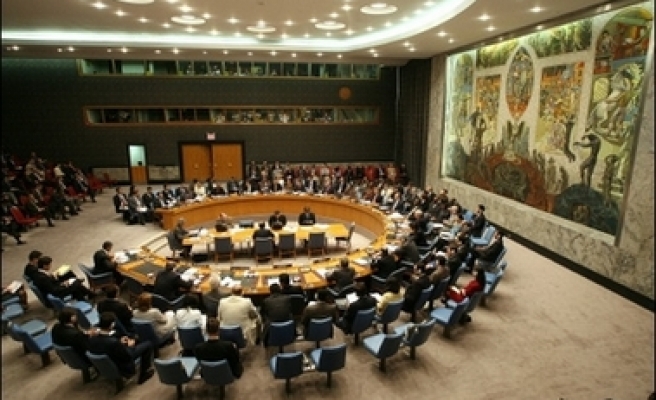 World Bulletin / News Desk
The UN Security Council on Tuesday encouraged the implementation of a cease-fire agreement between Ukrainian troops and pro-Russian separatists.

In an emergency session on Ukraine, the 15-member council unanimously adopted a Russia-drafted resolution "endorsing" the deal signed Feb. 12 in the Belarusian capital of Minsk that called for a complete cease-fire to take effect beginning midnight Feb. 15.

According to the agreement, all hostages were to be released within 19 days of the cease-fire, all heavy weaponry would be pulled back and a (31-mile) 50-kilometer-wide buffer zone would be established between the two sides in Ukraine.

While most parties in eastern Ukraine observed the cease-fire, within hours artillery fire reportedly restarted in the area around Debaltseve, where separatist forces claimed to have surrounded between 7,000 and 10,000 Ukrainian military personnel.

Prior to the vote on the resolution, the council released a press statement expressing “grave concern” about the continued fighting in the region.

“The members of the Security Council regretted that, despite the announcement of a cease-fire on Feb. 15, violence has continued in recent days in some parts of eastern Ukraine,” read the statement.

Ukraine’s Counterterrorism Center said Tuesday that the cease-fire had been violated 40 times within 24 hours, bringing the total number of breaches to 128, according to the center.

The conflict in Ukraine's east is believed to have killed at least 5,300 victims since April, injured 12,200 and displaced hundreds of thousands.