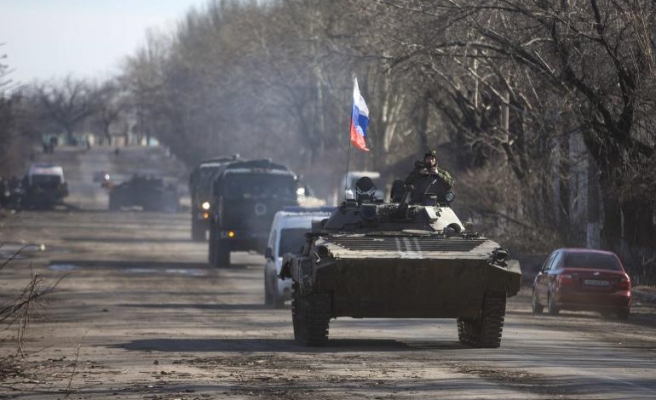 A UN report released on Wednesday has criticized Russian actions in eastern Ukraine and the Crimea.

The UN says a flow of weapons, fighters and ammunition from Russia to pro-Moscow rebels in eastern Ukraine has left the situation there “highly flammable”.

Despite a reduction of hostilities in the region over the last few months, more than 9,000 people have lost their lives in the conflict, the new UN report also claimed.

Research from the Office of the United Nations High Commissioner for Human Rights, which covers the period from May 16 to Nov. 15 this year, was presented in Geneva.

Gianni Magazzeni, a senior UN human rights official, told reporters in Geneva that “torture and an absence of the rule of law in the east” had also created a difficult humanitarian situation.

Data suggest the total death toll, which includes civilians, members of the Ukrainian armed forces and armed groups in the last 20 months, is at least 9,098, with another 20,732 injured.

"The new casualties resulted largely from explosive remnants of war and improvised explosive devices, underscoring the urgent need for extensive mine clearance and mine awareness actions on both sides of the contact line," the report stated.

"There remains, however, an inflow of ammunition, weaponry and fighters from the Russian Federation into the territories controlled by the armed groups, leaving the situation highly flammable," the UN also claimed.

In Crimea, a Ukrainian territory annexed by Russia in 2014, Magazzeni said residents “continue to be affected by the broad curtailment of their rights due to the application of a restrictive legal framework imposed upon them by the Russian Federation"