UN warns refugee flow to Europe is 'tip of the iceberg'

With refugees streaming into Europe, the UN has warned that the refugee crisis has only just begun 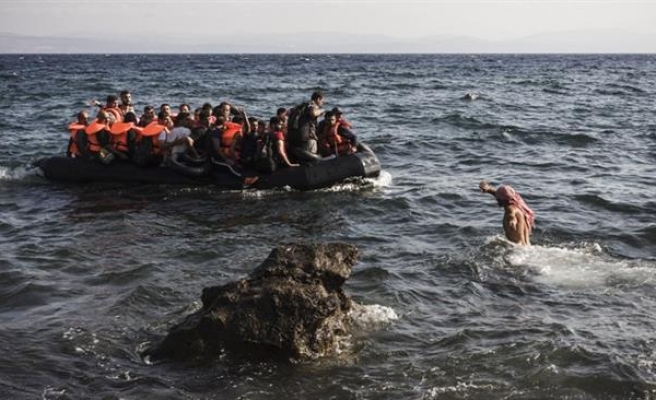 The current flow of up to 8,000 refugees each day into Europe may only be the tip of the iceberg and governments must work to bring an end to the Syrian civil war to prevent bigger moves of people, the U.N. refugee agency said on Friday.

"I don't see it abating, I don't see it stopping. If anything it gives an indication perhaps that this is the tip of the iceberg," Amin Awad, UNHCR's regional refugee coordinator, told a briefing.

Asked if Europe should prepare for millions more refugees, he said: "If it happens that in a few months you have a over half a million, it could certainly happen."

Countries needed to unite behind a global approach, he said, suggesting that the onus was on the five permanent members of the U.N. Security Council to stop the war.

"The governments that could make a difference are the governments that are responsible for influencing the global political and security fate of our world today. The leaders of our generation have to move very quickly to find a resolution to the Syria problem before it becomes a global one."

He welcomed the European Union's decision to contribute 1 billion euros to the U.N. humanitarian effort but said even that was not enough, and the situation needed more than cash.

The United Nations is also bracing for a worsening of the humanitarian situation in Syria's neighbour Iraq.

Dominik Bartsch, the U.N.'s deputy humanitarian coordinator in the country, said 10 million people in Iraq were expected to need humanitarian support by the end of the year, where 3.2 million are already displaced.

He said the United Nations was planning for the displacement of 500,000 people from the Iraqi city of Mosul if Iraqi forces launch an attempt to recapture the city from ISIL.