UNHCR says Ankara obligated by international law to allow in tens of thousands of refugees who are stranded on the border. 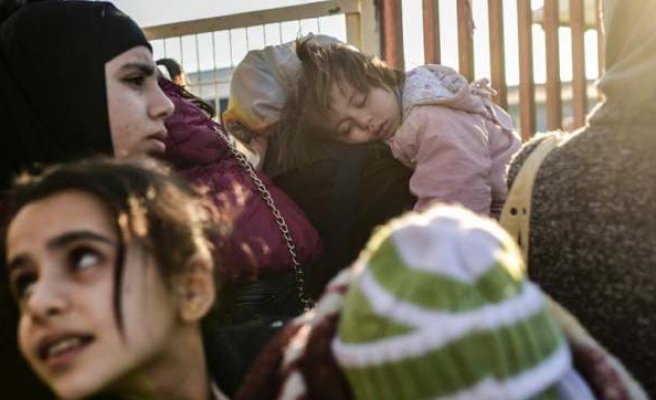 The United Nations urged Turkey to let in tens of thousands of Syrians fleeing a regime offensive around Aleppo on Tuesday, adding to calls for Russia to end air strikes ahead of fresh peace efforts.

Up to 31,000 people have fled Aleppo and surrounding areas since last week, as government forces backed by Russian warplanes press an offensive that threatens to encircle the rebel-held eastern part of Syria's second city.

"The highest need and the best humanitarian response is for the bombing to stop," UN aid chief Stephen O'Brien said, when asked if Russia should halt its air campaign in Aleppo. "All bombings should stop."

UN refugee agency (UNHCR) spokesman William Spindler urged Turkey to open its border to "all civilians from Syria who are fleeing danger and seeking international protection".

Huge crowds of Syrians, most of them women and children, have spent days waiting at the Oncupinar border crossing into Turkey, sleeping in the open or packed into tents.

"There are no longer enough places for families to sleep," said told AFP. "Most of the families left with just the clothes they were in."

Turkey, which already hosts 2.5 million Syrians, is delivering supplies across the border but has said it will let the new arrivals in only "if necessary".

Deputy Prime Minister Numan Kurtulmus has said that a "worst case scenario" could see up to 600,000 refugees arrive at the border.

"Our objective for now is to keep this wave of migrants on the other side of Turkey's borders as much as is possible, and to provide them with the necessary services there," Kurtulmus said.

The Aleppo offensive is piling on the pressure for a political solution ahead of a 17-nation contact group meeting Thursday in Munich aimed at getting peace talks back on track.

"Russia's activities in Aleppo and in the region right now are making it much more difficult to be able to come to the table and to be able to have a serious conversation," Kerry said in Washington.

"We have called on Russia -- and we call on Russia again -- to join in the effort to bring about an immediate ceasefire."

"As a direct consequence of the Russian military campaign, the murderous Assad regime is gaining ground, the moderate Syrian opposition is losing ground and thousands more refugees are fleeing towards Turkey and Europe."

NATO said it would take any request to help with the refugee crisis "very seriously", after Ankara and Germany said they would seek the alliance's help combating people smugglers.