The annual exercise, to take place in the Yavoriv training center near Ukraine's border with Poland, was initially scheduled for July, but was put back because early planning was disrupted by the crisis 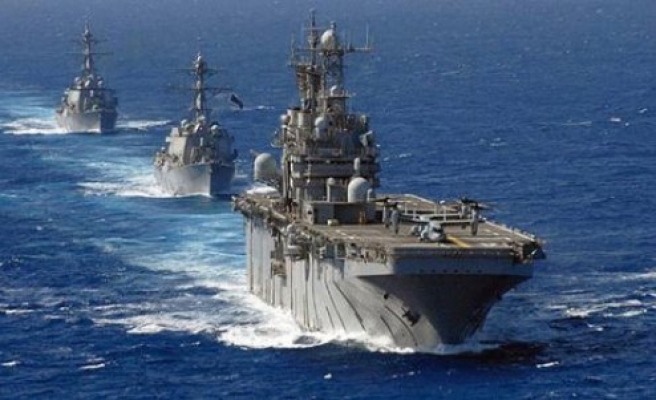 As fighting between the army and Russian-backed rebels rages in eastern Ukraine, preparations are under way near its western border for a joint military exercise this month with more than 1,000 troops from the United States and its allies.

The decision to go ahead with the Rapid Trident exercise Sept. 16-26 is seen as a sign of the commitment of NATO states to support non-NATO member Ukraine while stopping well short of military intervention in the conflict.

The annual exercise, to take place in the Yavoriv training center near Ukraine's border with Poland, was initially scheduled for July, but was put back because early planning was disrupted by the crisis in the eastern part of the country.

"At the moment, we are still planning for (the exercise) to go ahead," U.S. Navy Captain Gregory Hicks, spokesman for the U.S. Army's European Command said on Tuesday.

NATO stepped up military activity in its eastern member states after Russia's annexation of Crimea in March, and is expected to agree at a summit in Wales this week to create a new rapid reaction force of several thousand troops.

In addition to staging air force exercises, the United States is moving tanks and 600 troops to Poland and the Baltic states of Estonia, Latvia and Lithuania for joint maneuvers in October, replacing a more lightly armed force of paratroopers.

But Rapid Trident will entail the first significant deployment of U.S. and other personnel to Ukraine since the crisis erupted.

Washington has promised Ukraine $52 million in non-lethal security aid and has already provided combat rations, body armor, radios and other equipment. Pentagon leaders have met with Ukrainian counterparts to discuss a range of cooperation, but, for now, arms supplies have been ruled out.

"It is very important to understand that a military solution to this problem is not going to be forthcoming," Obama told reporters at the White House last week.

Focused on peacekeeping, it will include command post drills, patrolling and dealing with improvised explosive devices.

While it involves many NATO members as well as countries such as Ukraine, who are part of NATO's broader "Partnership for Peace," the exercise is not formally a NATO drill.

More broadly, under a broad program titled "Operation Atlantic Resolve" meant to show U.S. commitment to the European allies, NATO is running what officials say is a ramped up version of its regular summer and autumn training schedule.