Lamberto Zannier said he was worried that direct Western military support for the Ukraine government would fan the flames of the conflict. 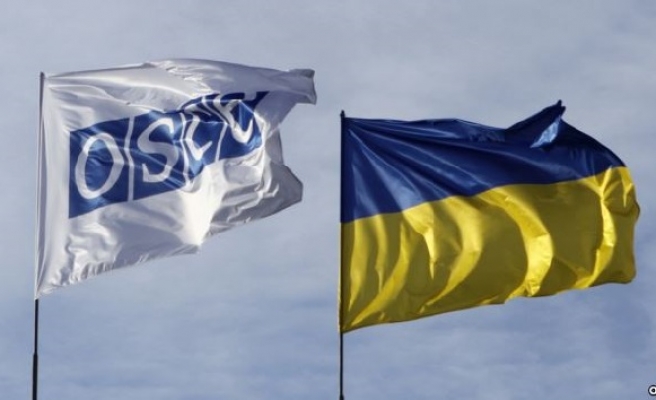 The United States risks provoking a more direct intervention by Russia in the separatist conflict in Ukraine if it sends weapons to Kiev, the head of the OSCE security watchdog said on Sunday.

The United States has said it is considering helping Ukraine defend itself in the face of increasingly confident pro-Russian separatists, whom the West believes have been armed by Moscow.

Russia has denied dispatching weapons and men to the rebels and European leaders have cautioned against supplying military aid to Kiev for fear of worsening the situation.

Lamberto Zannier, secretary-general of the Organisation for Security and Cooperation in Europe, told Reuters he was worried that direct Western military support for the Ukraine government would fan the flames of the conflict.

"It may even lead down the line to more direct intervention of Russia in this conflict ... Our objective remains that of de-escalating, so I think really the effort should continue to focus on that," he said at the Munich Security Conference.

More than 5,000 civilians, Ukrainian soldiers and pro-separatist fighters have been killed since a separatist rebellion erupted in Ukraine's eastern territories last April.

Russia has portrayed the conflict as a struggle against the West, which, it says, wants to remake the world according to its own interests. Zannier said that by sending weapons to Kiev, the West would only strengthen the Russian narrative.

He said the OSCE security watchdog, which has around 400 monitors in Ukraine, had not actually witnessed any Russian weapons deliveries to the separatists, but believed arms must be crossing from Russia.

"What we see is that as weapons get destroyed during the military operations ... on the separatists' side they always seem to have new weapons at hand," he said.

OSCE monitors had never seen weapons arriving from other parts of Ukraine "and so our conclusion is that they must come from the other side ... the Russian border."

The separatists were armed with tanks, rocket launchers and heavy artillery, including howitzers, he said.

"They seem to have plenty of ammunition," he added.

Apart from its monitoring mission in Ukraine, the OSCE also has an observer mission at two Russian checkpoints on the border with Ukraine, but Zannier said the monitors did not have the right conditions to carry out their duties in full.

Additionally, the OSCE was only monitoring two out of eight crossings on the Russian border that were not controlled by Ukrainian border services. "We don't have a full picture of whether there are illegal crossings on that border," he said.

Nevertheless, Zannier said the OSCE was ready to take on an expanded role if a new ceasefire agreement was reached as a result of a new Franco-German initiative.

"We stand ready to intervene but we need the proper environment for us to perform these tasks," he said.