Prime Minister Victor Ponta's drive to force out President Traian Basescu has been condemned by the European Union and United States, which say his cabinet is undermining the rule of law 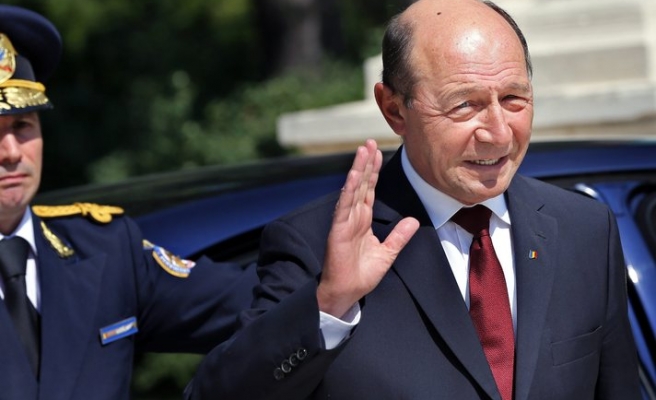 A U.S. envoy will meet Romanian government officials in Bucharest on Sunday to discuss concerns about democracy in the country, the U.S. State department said, after attempts by the prime minister to oust the president.

Prime Minister Victor Ponta's drive to force out President Traian Basescu has been condemned by the European Union and United States, which say his cabinet is undermining the rule of law.

A July 29 referendum on whether to impeach Basescu won 88 percent support but turnout was below the 50 percent threshold required by the Constitutional Court to validate the vote.

Ahead of the referendum, Ponta's government had sought to trim the court's powers and threatened to replace judges before international pressure forced it to back down and accept the court's ruling on the minimum turnout.

The court was expected to rule on the validity of the referendum earlier this month. But it postponed the decision until August 31 after USL officials said Romania's electorate was smaller than the figure used to calculate the referendum turnout and that, using the new figure, the turnout did pass the threshold.

"Assistant Secretary for European and Eurasian Affairs Philip H. Gordon ... will meet with senior government officials to discuss the concerns the United States has regarding recent government actions that threaten democratic checks and balances and weaken independent institutions," the State Department said in a statement on Friday.

European Commission President Jose Manuel Barroso said in a letter to Ponta on Friday that the government had reneged on a commitment to protect democracy and the rule of law, citing delays in the ruling on the referendum.

The government said the Commission had incomplete information, saying it was the Constitutional Court who set the August 31 deadline to see updated voter lists, and reiterated its commitment to abide by any court ruling.